We Still Do Not Know Weather the COVID Vaccines are Safe!! But it Appears that Young and Even Middle Aged Adults should Consider Not Taking Them 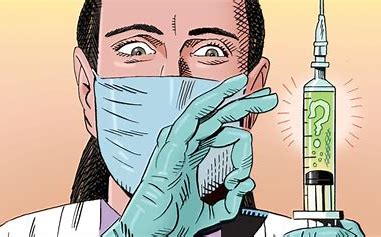 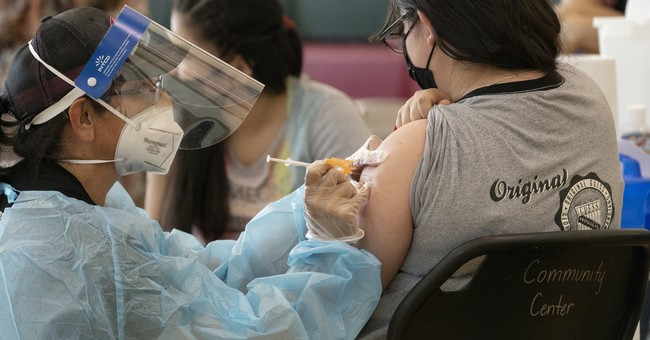 Dr. Robert Malone, the “inventor of mRNA vaccines,” told Fox News’s Tucker Carlson on Wednesday that a broadcast of a podcast he did discussing his concerns with the COVID-19 vaccines was removed from YouTube.

Carlson argued Malone “has a right to speak,” even if it’s contrary to what NIAID Director Dr. Anthony Fauci is saying.

“[O]ne of my concerns are that the government is not being transparent with us about what those risks are. And so, I am of the opinion that people have the right to decide whether to accept vaccines or not,” Malone said of the vaccines, noting that they are operating under an emergency use authorization.

As Katie reported, Malone is not alone in his concerns, particularly for younger Americans. Top doctors wrote in the Wall Street Journal on Tuesday about the risks associated with the vaccines and how the politics surrounding the shots are preventing an open discussion about vaccine safety–not to mention Big Tech’s influence.

“This is a fundamental right having to do with clinical research ethics,” [Malone] said. “And so, my concern is that I know that there are risks. But we don’t have access to the data and the data haven’t been captured rigorously enough so that we can accurately assess those risks – And therefore … we don’t really have the information that we need to make a reasonable decision.”

Malone said that in the case of younger Americans, he “has a bias that the benefits probably don’t outweigh the risks in that cohort.”

But, he noted there is no substantive risk-benefit analysis being applied to the vaccines.

“That is one of my other objections, that we talk about these words risk-benefit analysis casually as if it is very deep science. It’s not. Normally at this stage, the CDC would have performed those risk-benefit analyses and they would be database and science-based. They are not right now,” said Malone.

A CDC safety group said this week there is a “likely association” in adolescents between the second dose of mRNA vaccines and a rare heart inflammatory condition.

At the meeting, Dr. Tom Shimabukuro stressed that it’s “still a rare event,” but Dr. Grace Lee, head of the safety group, called the “clinical presentation of myocarditis cases following vaccination…distinct, occurring most often within one week after dose two, with chest pain as the most common presentation.”

In the WSJ op-ed, the physicians also discussed reported cases of deep-vein thrombosis, low platelets, and other serious adverse events. “The CDC and FDA are surely aware of these data patterns, yet neither agency has acknowledged the trend…the implication is that the risks of a Covid-19 vaccine may outweigh the benefits for certain low-risk populations, such as children, young adults and people who have recovered from Covid-19. This is especially true in regions with low levels of community spread, since the likelihood of illness depends on exposure risk,” write UCLA Geffen School of Medicine Doctor Joseph Lapado and Yale School of Public Health Doctor Harvey Risch.