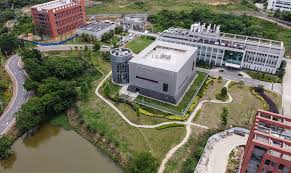 The Washington Post’s Josh Rogin revealed that the Biden White House has confirmed several of the Trump administration’s claims about Wuhan and the source of COVID-19.

“In its final days, President Donald Trump’s State Department made a series of highly controversial claims about the Wuhan Institute of Virology (WIV) in Wuhan, China, and its possible connection to the covid-19 outbreak. Now, the Biden administration has reviewed those claims, and is confirming some of the facts within them,” the piece begins.

The debate focuses on a January 15th memo and fact sheet from the State Department entitled “Activity at the WIV.” Together, they alleged the U.S. government had evidence “several researchers inside the WIV became sick in autumn 2019 . . . with symptoms consistent with both COVID-19 and common seasonal illnesses.”

What’s more, the findings emphasizes how WIV has failed to disclose the nature of its work on SARS-like coronaviruses and “has collaborated on publications and secret projects with China’s military,” despite claiming otherwise.

“After reviewing the Trump administration’s underlying evidence, none of which has been released publicly, the Biden State Department determined that some of the facts in the Jan. 15 statement are supported by either U.S. government information or public sources, a senior State Department official told me,” Rogin writes.

The Senior State Department official continued, noting “no one is disputing the information”: