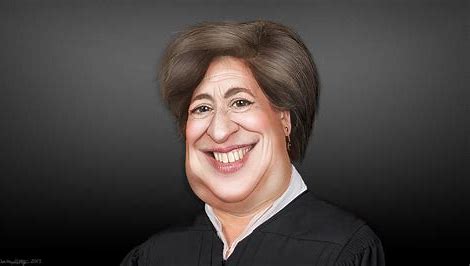 The Supreme Court recently ruled to deny Holocaust survivors the right to sue European governments in claims cases, such as retrieving stolen artwork.

The court ruled that to allow what had been the existing practice to continue may one day implicate the Eleventh Amendment of the Constitution, the doctrine of sovereign immunity.  They reasoned that to sue Germany for the return of stolen Jewish property could set the precedent for foreign nationals to sue American government bodies.

The decision came in unanimously.  Justice Elena Kagan, an Obama appointee, is Jewish.  Justice Amy Coney Barrett must have used up all her compassion on George Floyd, BLM, and the black children she adopted.  Can she be impartial?  The woman refused to raise an objection when the court voted to immunize BLM from civil suits seeking damages from their riots, on the basis that to do so would infringe on their First Amendment rights.  Justice Barrett specializes in Constitutional law and represents herself as a defender of it.

The Victims of Terror Act enables terror victims to go after foreign governments legally.  It remains in effect.  It is unclear how valid legal claims against Nazi beneficiaries could possibly apply in reverse.  No foreign caselaw has any bearing on the American system of jurisprudence, nor has the Constitution ever been impacted by foreign Interests.  If a foreign national were to sue the US Government for any reason and cite Holocaust claims as a reason to waive the Government’s sovereign immunity protection, they could not rely on foreign lawsuits brought by Americans outside of our court system.  The Eleventh Amendment only protects US governments and their officials from lawsuits.  It is silent on claims brought against foreign states.  Foreign governments cannot claim sovereign immunity and there is no reason to infer that anything in the Constitution is written to benefit foreign governments.