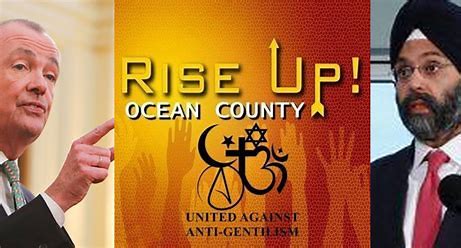 Unruly crowds of teenagers are menacing the Jersey Shore and there’s very little police can do about it now under new restrictions in place by New Jersey Governor Phil Murphy.

One of the shore towns that has come under fire the most during the defund the police movement in America has been Point Pleasant. Unruly crowds have caused newsworthy problems in that town as Mayor Paul Kanitra struggles to find ways to defend his family-friendly resort against bad behavior.

This week, Avalon announced it is limiting beach and boardwalk hours, claiming Governor Phil Murphy’s anti-cop agenda has made it impossible for the police department to deal with teenagers, now with enhanced protections against illegal drug and underage alcohol use.

Amid reports of unruly teenagers disturbing the peace at shore towns this summer, Assembly Republican Leader Jon Bramnick says the state’s approach to new marijuana laws and juvenile justice is tying the hands of law enforcement.

“There should be no tolerance for unlawful conduct,” Bramnick (R-Union) said. “Murphy’s directives handcuff local law enforcement and sends the wrong message.   Crime and unlawful conduct cannot be tolerated.”

Officials in towns like Long Branch, Avalon, Beach Haven, Toms River and Point Pleasant Beach say the state’s directive intended to keep young people out of the criminal justice system is tying the hands of law enforcement. The directive told police officers to use more curbside warnings, agreements with parents or guardians, and summonses rather than higher-level warrants, among other changes, to curb disruptive behavior.