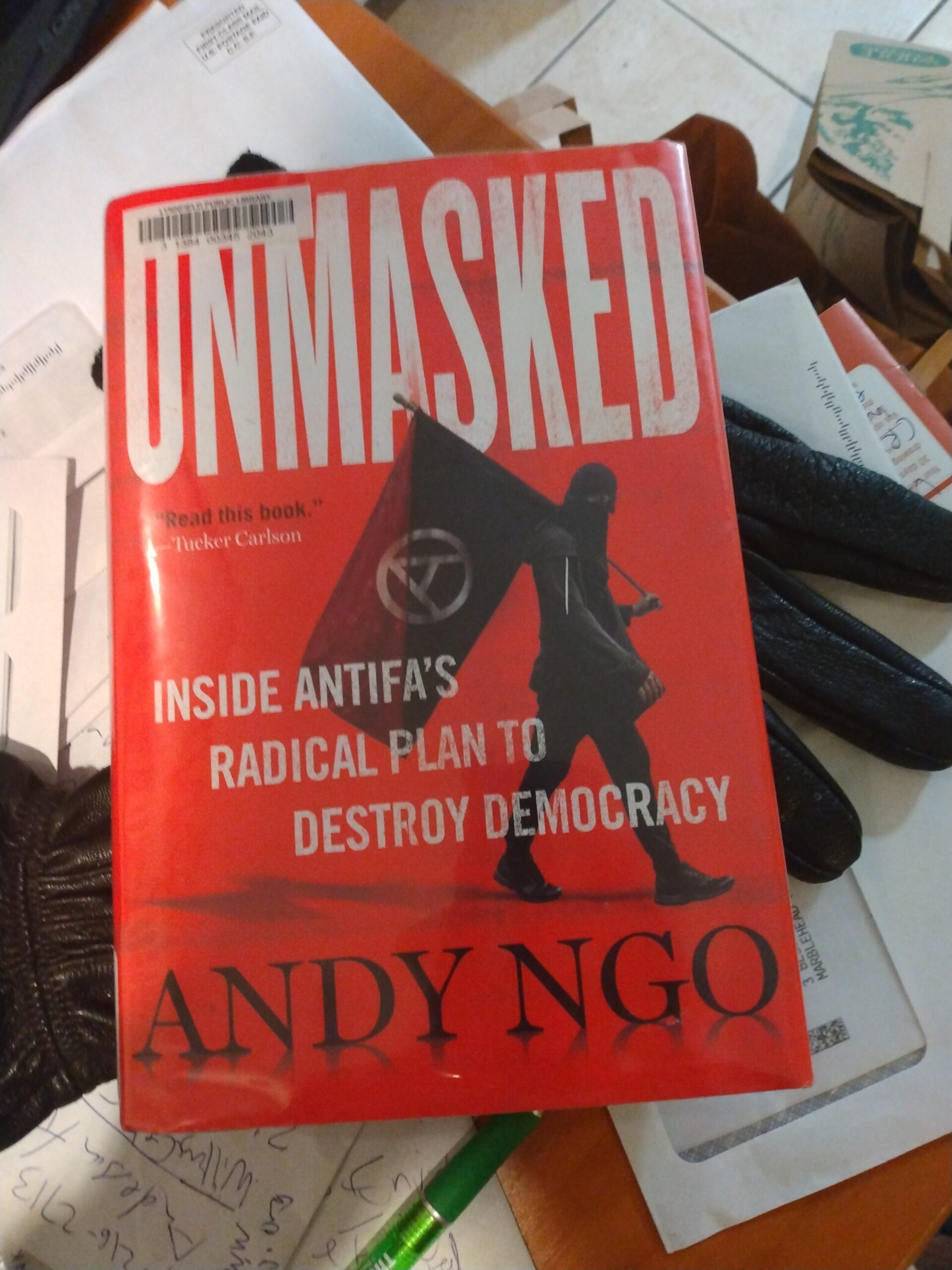 It’s important for the Jewish community to recognize that this “anarcho-communist” domestic terrorist group have twisted the cause of fighting fascism (anti-fascist) into a war on “Zionists” and other enemies of the Left.  They are violent and protected by the leading Democrats who at the same time deny their existence.  Unmasked is an important historical document setting the record straight on the pogroms of 2020 otherwise characterized by the liberal media as “peaceful protests,” “mostly peaceful protests,” and “fiery but peaceful protests.”  Ngo describes the multiple times he was beaten and stalked for covering Antifa as a journalist in their stronghold of Portland and how Portland police refuse to protect him or arrest his assailants.

The book itself was forcibly banned from a Portland bookstore by Antifa.  Unmasked is a must-read for anyone interested in contemporary American politics or worried about civil war.  Ngo may have gone too easy on establishment Democrats when he presents the theory that they are being taken in by Antifa naively (as opposed to using them deliberately for muscle and mayhem).  The fact is not in dispute that VP Kamala Harris passed the hat around to raise bail money for BLM and Antifa through the Minnesota Freedom Fund in connection with race riots and Pres. Biden’s staffers contributed.  Ngo notes the prevalence of self-styled “transexuals” in their ranks and among the more violent miscreants.  The fact that these anti-American extremists are being allowed by Democrat politicians to attack peaceful Trump supporters, police, and mainstream right wingers such as pro-lifers with firebombs and other guerilla weaponry should be a stark wake up call to all citizens that state-sponsored terrorism is here.  Ngo mislabels fascism as right wing, when it is in fact National Socialism.

The obvious parallel is that Antifa and BLM are the Brownshirts and Blackshirts of the generation, but will the Jewish establishment continue to pretend as if Ilhan Omar (D-MN) is our biggest problem?  It’s time to face the music.