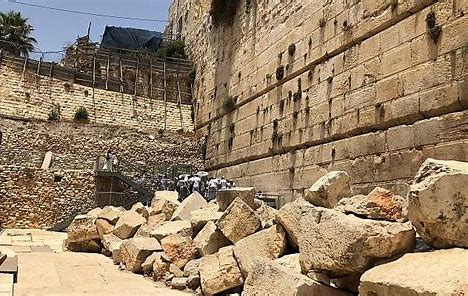 With the ultra-Orthodox outside coalition, all parties expected to back prayer area compromise, with several highlighting plan in recent meetings with American Jewish leaders

One of those Jewish community leaders told The Times of Israel Monday that lawmakers from Yesh Atid, Labor and Meretz highlighted their intention to reinstitute the plan, which was frozen by Prime Minister Benjamin Netanyahu in 2016 due to pressure from his ultra-Orthodox coalition partners, who refused any move that could be seen as legitimizing pluralistic Judaism.

The plan would have seen the establishment of a properly prepared pavilion for pluralistic prayer — as opposed to the current temporary arrangements — under joint oversight involving all major streams of Judaism.

Many Jewish organizations, including the Jewish Agency and the Jewish Federations of North America, bitterly denounced the government’s backtracking at the time, briefly threatening to protest until it was reversed. 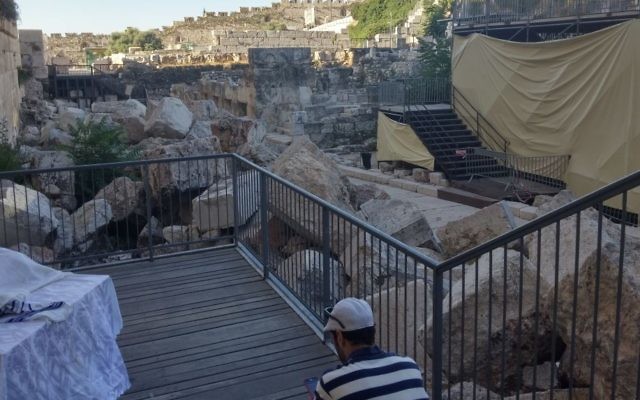 While the government that could be sworn in as early as Wednesday is politically diverse, there is a good deal of agreement on issues of religion and state, giving party leaders the confidence to assure visiting heads of American Jewish organizations that they would be able to move forward with the Western Wall agreement.

“It’s an issue that’s kind of foreign to them, and one that they don’t care enough about in a negative way to not want an easy win,” said the Jewish community leader who spoke to The Times of Israel on condition of anonymity after meetings with party leaders across the political spectrum.

“It’s a way for the new government to send a signal about respect for US Jewish practice and opinion, while also differentiating themselves from the previous government that reneged on the deal,” the source continued. “Without (the ultra-Orthodox) UTJ and Shas [in the coalition], I don’t think it’ll be a big deal for them to implement.”

The coalition agreement struck between Yisrael Beytenu and Yesh Atid leaked to the media on Thursday includes a commitment to re-implement the Western Wall plan, though Prime Minister-designate Naftali Bennett’s Yamina party still has veto power on issues of religion and state. 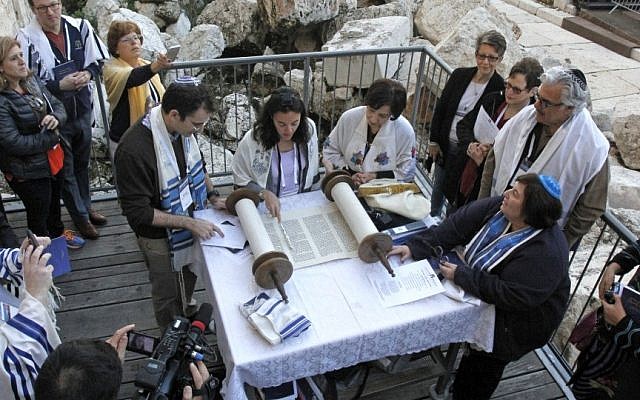 Bennett was minister of Diaspora affairs when the egalitarian Israel Plaza on the southern end of the Western Wall was built in 2014. He told The Times of Israel in 2017 that he opposed Netanyahu’s decision to renege on the agreement and said he would unfreeze the plan if it were up to him.

The original plan includes three key provisions: a joint entrance to the main Western Wall plaza and the egalitarian prayer space; a new permanent pavilion greatly enlarging the existing modest prayer deck, which has served as a site for pluralistic prayer since 2000; and, perhaps most controversially, a joint council made up of representatives from liberal streams of Judaism and government representatives that would be in charge of overseeing the site.

The original decision to build a new pavilion dates back to January 31, 2016, when the government — spurred by decades of high-profile activism by the feminist prayer group Women of the Wall — approved the so-called Western Wall compromise. 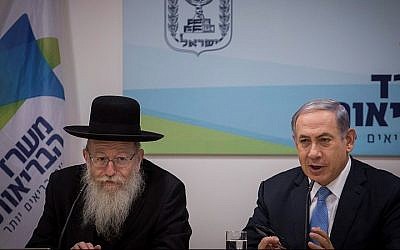 But on June 25, 2017, Netanyahu, facing intense ultra-Orthodox pressure, froze the plan. While killing off the joint entrance and pluralistic governing board, however, he vowed to continue with the construction of a permanent platform.

A remnant of a wall supporting the Second Temple complex destroyed by the Romans in 70 CE, the Western Wall has been honored by Jews for thousands of years as a place of pilgrimage and prayer. But, while anyone can access the wall and the prayer plaza it backs on to, the site is managed by the Western Wall Heritage Foundation, which imposes Orthodox practices on worshipers, separating men and women and prohibiting egalitarian prayer services.

The small platform currently used for pluralistic prayer services is located in the Davidson Archaeological Park, tucked into an area called Robinson’s Arch. It is out of sight of the current mainstream Orthodox prayer plaza, separated from it by the ramp leading up to the Mughrabi Gate, which is the only entrance for non-Muslims to the Temple Mount.