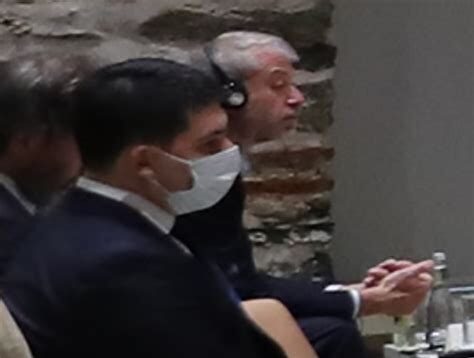 The billionaire is acting as an unofficial mediator in Istanbul for the first face-to-face talks between Ukraine and Russia in nearly three weeks. The Chelsea owner was poisoned with chocolate during negotiations in Kyiv earlier this month with Ukrainian MP Rustem Umerov, who is also present in Turkey today, and another unnamed diplomat. The Kremlin said Abramovich is not an official member of their delegation as they also rubbished the poisoning claims, dismissing them as part of the ‘information war’ despite the businessman’s spokesperson confirming he suffered symptoms. Ukrainian officials were warned not to eat, drink or even touch anything during today’s negotiations. Delegates at today’s meeting were given bottled water with glasses covered with paper tops.