Ukraine Tells Russia to Pull Back Troops as U.S. Warns of Costs 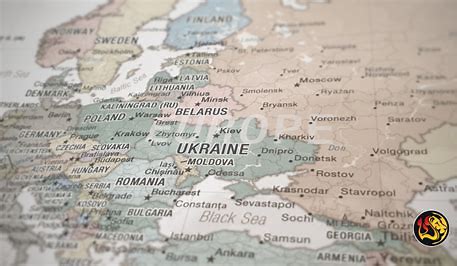 Ukraine urged Russia to pull back troops from its border as Secretary of State Antony Blinken warned the U.S. would impose “costs” on any Kremlin aggression.

Tensions between the two neighbors are the highest since the end of large-scale fighting in the conflict that began after President Vladimir Putin annexed Crimea in 2014. The war over the status of two breakaway regions in Ukraine’s east has already cost more than 13,000 lives.

The Foreign Ministry in Kyiv told Russia on Monday to cease what it called “military rhetoric and disinformation.” The Kremlin reiterated that its military movements are a response to the threat of a renewed offensive by Ukraine’s army—a claim Ukraine denies.

Ukraine wants the West to restrain Russia by hitting it with new sanctions. Blinken told NBC News on Sunday that the he’s in contact with European allies about Russian troop deployments.

Ukraine accuses Russia stoking tensions to win leverage in talks over the future of the two restive regions, with the Kremlin long seeking a special status that would allow them to hamstring efforts by the government in Kyiv to push for membership of the European Union and NATO.

Ukraine’s Foreign Ministry said Monday in a statement that any resolution should adhere to peace accords signed in 2015 in Minsk. Zelenskiy’s spokeswoman, Yulia Mendel, called talks the only way to resolve the tensions.

“That’s why we push for talks in the Normandy format,” she said, referring to negotiations between Ukraine, Russia, Germany and France.

Ukraine said it’s also asked for one-on-one negotiations with Putin, though Peskov said such a request hadn’t been received.

Despite Russia fomenting and providing military and financial support to the conflict in eastern Ukraine, Peskov once again called it “an internal problem” on Monday. “Do we need to take measures to ensure our security? Yes we do,” he said in an interview broadcast on state television.

1,608 thoughts on “Ukraine Tells Russia to Pull Back Troops as U.S. Warns of Costs”