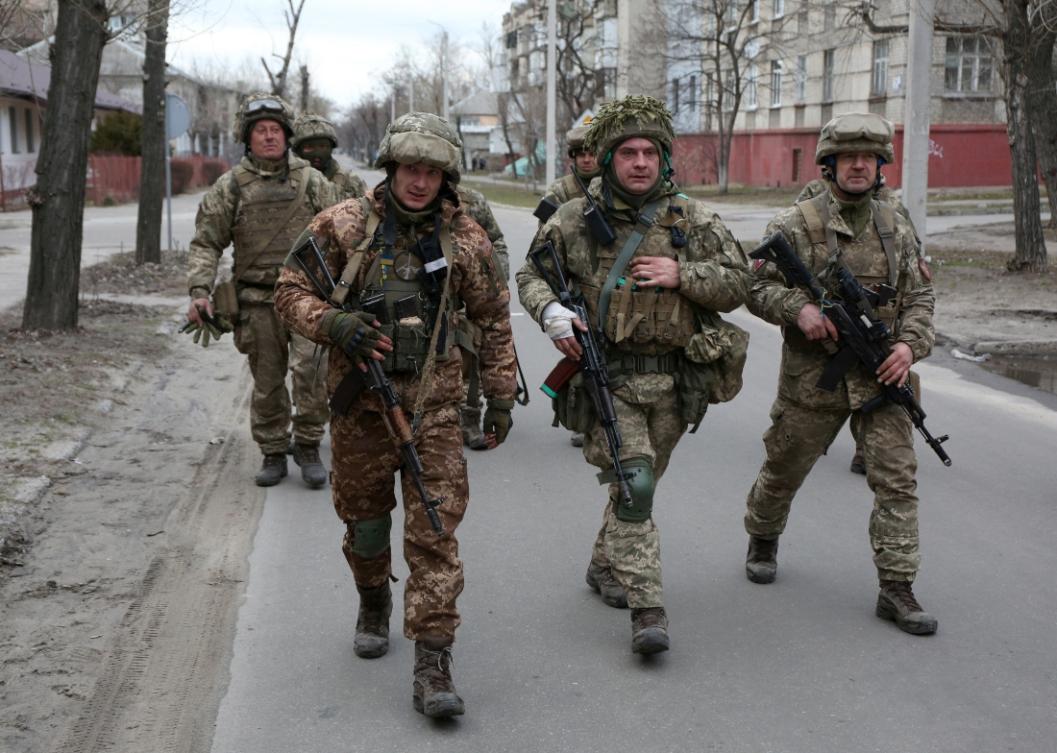 After four days of fighting and a Russian advance that has gone more slowly than some expected, talks between Ukraine and Russia started on Monday at the border with Russian ally Belarus, a senior Ukrainian official told Reuters via text message.

The goal was an immediate ceasefire and the withdrawal of Russian forces, the Ukrainian president’s office said earlier.

It was not clear whether any progress could be achieved after President Vladimir Putin on Thursday launched the biggest assault on a European state since World War Two and put Russia’s nuclear deterrent on high alert on Sunday.

The Western-led response was swift, with sanctions that effectively cut off Moscow’s major financial institutions from Western markets sending Russia’s rouble currency down 30 % against the dollar on Monday. Countries also stepped up weapons supplies to Ukraine.

Blasts were heard before dawn on Monday in the capital of Kyiv and in the major eastern city of Kharkiv, Ukrainian authorities said. But Russian ground forces’ attempts to capture major urban centres had been repelled, they added.

Russia’s defence ministry, however, said its forces had taken over the towns of Berdyansk and Enerhodar in Ukraine’s southeastern Zaporizhzhya region as well as the area around the Zaporizhzhya nuclear power plant, Interfax reported. The plant’s operations continued normally, it said.

Ukraine denied that the nuclear plant had fallen into Russian hands, according to the news agency.

There was fighting around the Ukrainian port city of Mariupol throughout the night, Pavlo Kyrylenko, head of the Donetsk regional administration, said on television on Monday.

He did not say whether Russian forces had gained or lost any ground or provide any casualty figures.

At least 102 civilians in Ukraine have been killed since Thursday, with a further 304 wounded, but the real figure is feared to be “considerably higher”, U.N. human rights chief Michelle Bachelet said on Monday. read more

More than 360,000 people have fled to neighbouring countries, according to the UN Refugee Agency.

“It appears that they are adopting a siege mentality, which any student of military tactics and strategy will tell you, when you adopt siege tactics, it increases the likelihood of collateral damage,” the official said, speaking on condition of anonymity.