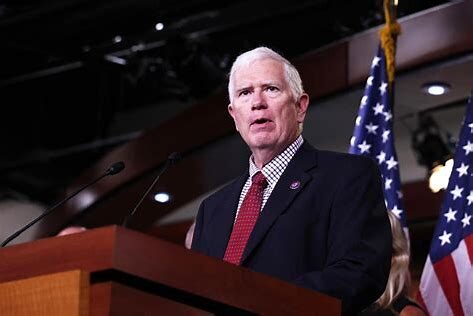 WASHINGTON, March 23 (Reuters) – Former President Donald Trump withdrew his endorsement of U.S. Senate Republican hopeful Mo Brooks on Wednesday, dealing a crippling blow to the political ambitions of one of his staunchest allies in the U.S. Congress.

In a statement underscoring the loyalty he demands from endorsed candidates, the former president castigated Brooks, a member of the House of Representatives, for telling voters in Alabama that it was time to move on from the 2020 presidential election and Trump’s false claims that it was stolen from him.

The Brooks campaign was not immediately available for comment.

Trump, who had warned he could shift his support to another Republican running in Alabama’s May 24 Senate primary, made no new endorsement on Wednesday but promised to do so “in the near future.”

Trump said in a statement.

“Very sad but, since he decided to go in another direction, so have I, and I am hereby withdrawing my Endorsement.”

Trump’s move came just two days after Brooks pledged his allegiance to the former president in his running war of words against Senate Republican leader Mitch McConnell, a favorite target for Trump’s invective.

Brooks is locked in a tight three-way race to replace Senate Republican Richard Shelby, who is retiring. He is running in the party’s May 24 primary against Katie Britt, a former Shelby aide, and Michael Durant, a businessman and former Army helicopter pilot.

After becoming an early front-runner last year when he won Trump’s endorsement, Brooks has slipped in the polls and trails his rivals in campaign fundraising.