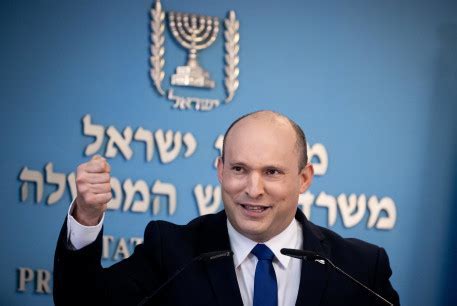 Many foreign citizens with relatives in Israel want to come for High Holy Days but are in limbo as applications are unanswered, or answered only at the last moment

With the High Holy Days almost upon us, there are some 3,000 requests for entry permits to Israel by foreign nationals that remain unanswered by the Interior Ministry’s Population Authority and thousands more open applications have been sent to various Israeli consulates around the world.

The mass of requests continues to create difficulties and distress for Israelis with relatives abroad – many of them new immigrants – who wish to see their parents, siblings, or children over the upcoming Jewish holiday season, in some cases for the first time since the beginning of the COVID-19 pandemic.Many applicants do not receive any response to their requests from either of the two tracks in which applications can be made, through the Population Authority or via Israeli consulates and the Foreign Ministry.

Some seek intervention through personal contacts, or in many cases, the Yad L’Olim organization, in order to get their applications processed but they have had varying degrees of success. In many cases, applicants are left in limbo, unsure whether to go ahead and book accommodation, travel to airports, COVID-19 tests, and other such necessities, or cancel their flights.Some still waiting for their entry permits to come to Israel for the holidays are unsure whether they should prepare to be in the country for the upcoming Rosh Hashanah holiday which begins on Monday night, or to buy food and other provisions for celebrating where they live.

Ari and Nechama Eckman have a flight to Israel from the US on Thursday, but they are still waiting to receive their entry permits, despite having applied on August 8 to both the New York consulate and the Population Authority. The couple’s daughter is making aliyah on Wednesday and they sought to fly to Israel to be with her to help her acclimate, while the family also has made long-term plans, two years in the making, to hold their son’s bar mitzvah in Israel shortly after Yom Kippur.

Their two other sons had their bar mitzvahs in Israel, and the latest trip was planned in 2019 after one of those celebrations. The couple already changed their flight date due to the recent change in quarantine regulations requiring seven days isolation from most countries, and now they are unsure whether to schedule COVID tests for all the family and transport to the airport, and whether to prepare for Rosh Hashanah in New Jersey where they live, or in Israel.

“We’re extraordinarily nervous, it’s frustrating, we haven’t slept well in about two weeks because of this issue, we get up in the middle of the night to check our emails to see if the permits came through,” said Ari. “The uncertainty is just so unsettling for the whole family,” he added.Alexandra Grant, a new immigrant from New York who formally made aliyah four years ago, has a similar story.

Her parents applied for entry permits at the beginning of August ahead of a flight scheduled for this Thursday to be with their daughter over Rosh Hashana, and have spent weeks unsure whether they will be allowed in.Finally, today (Tuesday) they received approval for their requests from the Population Authority after the intervention of Yad L’Olim.This is the second time Grant’s parents faced problems getting an entry permit to see their daughter, after having to postpone a visit in May when the permit did not arrive in time for the flight they had booked.

That was to be the first time Grant would have seen her parents for a year and a half, since the beginning of the pandemic, but the visit was pushed off to June because entry permits were not issued.Grant is a nurse working in the COVID-19 ward of Sourasky Medical Center (Ichilov) and said that the lack of contact with her family during such a physically and emotionally trying time was difficult, made worse by the failure to obtain entry permits for her parents at the time.

Because of the change to the quarantine rules, made after Grant’s parents applied to travel, they will have to isolate over Rosh Hashana, but will be able to be with their daughter for Yom Kippur and Succot.“It’s been very frustrating, I’m living here alone, without close family, people sacrifice a lot for this country, my parents are double vaccinated so it’s hard to understand why it’s so difficult to get them in,” she said.

“It’s hard enough living here as it is. We love living here, but it’s not the easiest life compared to living in America,” she continued.Head of Yad L’Olim, Rabbi Dov Lipman, said that the organization “continues to be flooded with requests for assistance by people who have applied to enter Israel and have heard nothing back,” due to flaws in their application which they were never informed about.“It is an anxiety-filled time and we are doing all that we can to help,” he said.Lipman added, however, that officials at the foreign ministry and the interior ministry “have been so helpful when we bring valid requests to their attention a day or two before flights.

They very much want to help and jump into action when I bring these to their attention.”Asked whether the Population Authority will be receiving more people to deal with the large numbers of applications, a spokesperson said “the existing manpower is that which is carrying out the work.”

A spokesperson for Shaked did not respond to a request for comment on whether extra staff would be brought in to deal with the high number of application requests.A spokesperson for the Prime Minister’s Office said such questions should be relayed to the Interior Ministry and Foreign Ministry.

A spokesperson for the foreign ministry declined to answer whether more manpower is being allocated to the ministry and the consulates to deal with the high volume of requests.An inquiry about the number of open applications was also not answered.