These are the Jewish Victims of the Surfside Building Collapse 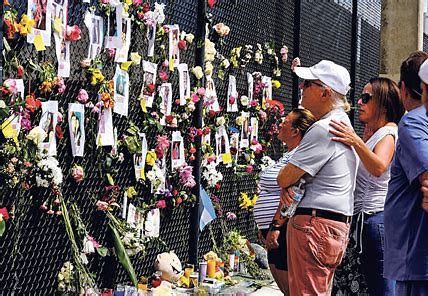 (JTA) — The Champlain Towers South building collapse is a national tragedy, one that has claimed nearly 20 lives so far and left over 140 still missing in the rubble as of Thursday.

Among other groups, it struck a unique nexus of the American Jewish community in South Florida, home to a mix of Latin American immigrants, Israelis and retirees from the Northeast. The town of Surfside, the site of the collapse, is at least a third Jewish, with a large Orthodox population.

Several of the victims identified were part of this Jewish community. We’ve gathered information here on those we could confirm as Jewish.

Unfortunately, this list may grow as the days pass and more bodies are found. We will update it accordingly.

Stacie Fang, a New Jersey native who was the first victim of the Champlain Towers disaster to be identified, was buried in New Brunswick on Sunday, according to reports. Fang was the vice president of a Surfside-based company that produces an annual event in Chicago for retail and marketing executives, the Palm Beach Post reported. Her 15-year-old son, Jonah Hendler, was pulled alive from the wreckage of the building by a passerby shortly after it collapsed. Fang was declared dead at a hospital in Aventura, Florida, on Thursday.

“There are no words to describe the tragic loss of our beloved Stacie,” her family said in a statement. 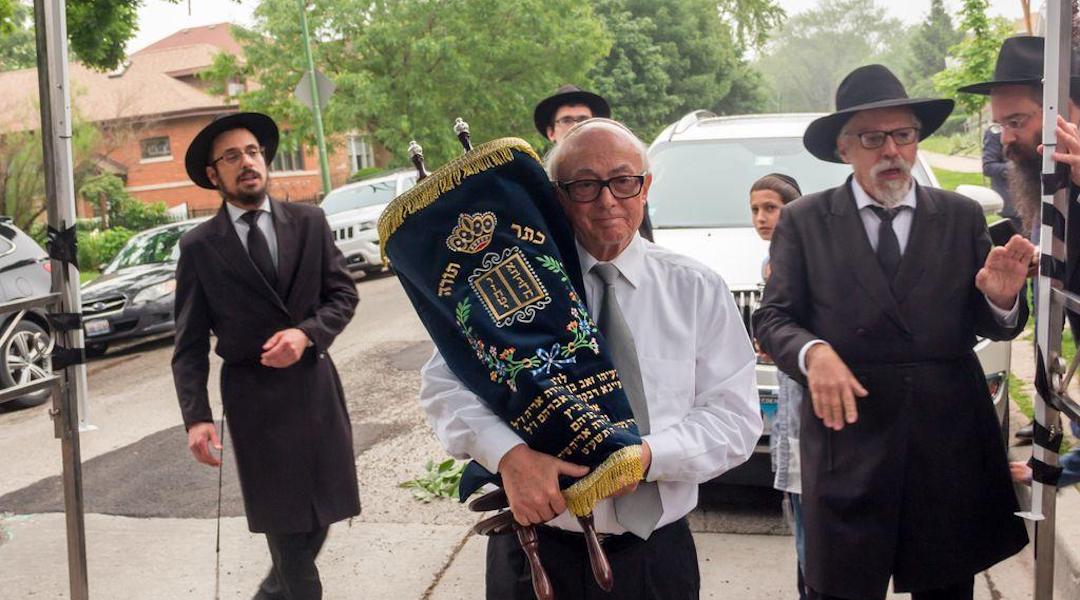 Leon Oliwkowicz, 80, and Christina Beatriz Elvira, 74, a Venezuelan Jewish couple that recently moved to Florida, were among the first victims of the Chaplain Towers disaster to be identified. Miami-Dade police said their remains were recovered over the weekend, the Miami Herald reported. They were laid to rest on Monday.

In 2019, the couple donated a Torah scroll to a Chabad yeshiva in Chicago where their daughter worked as a secretary, according to a report on the Chabad website Collive. At the dedication, Oliwkowicz, speaking in Yiddish, expressed his joy at having finally commissioned a Torah scroll in memory of his parents. 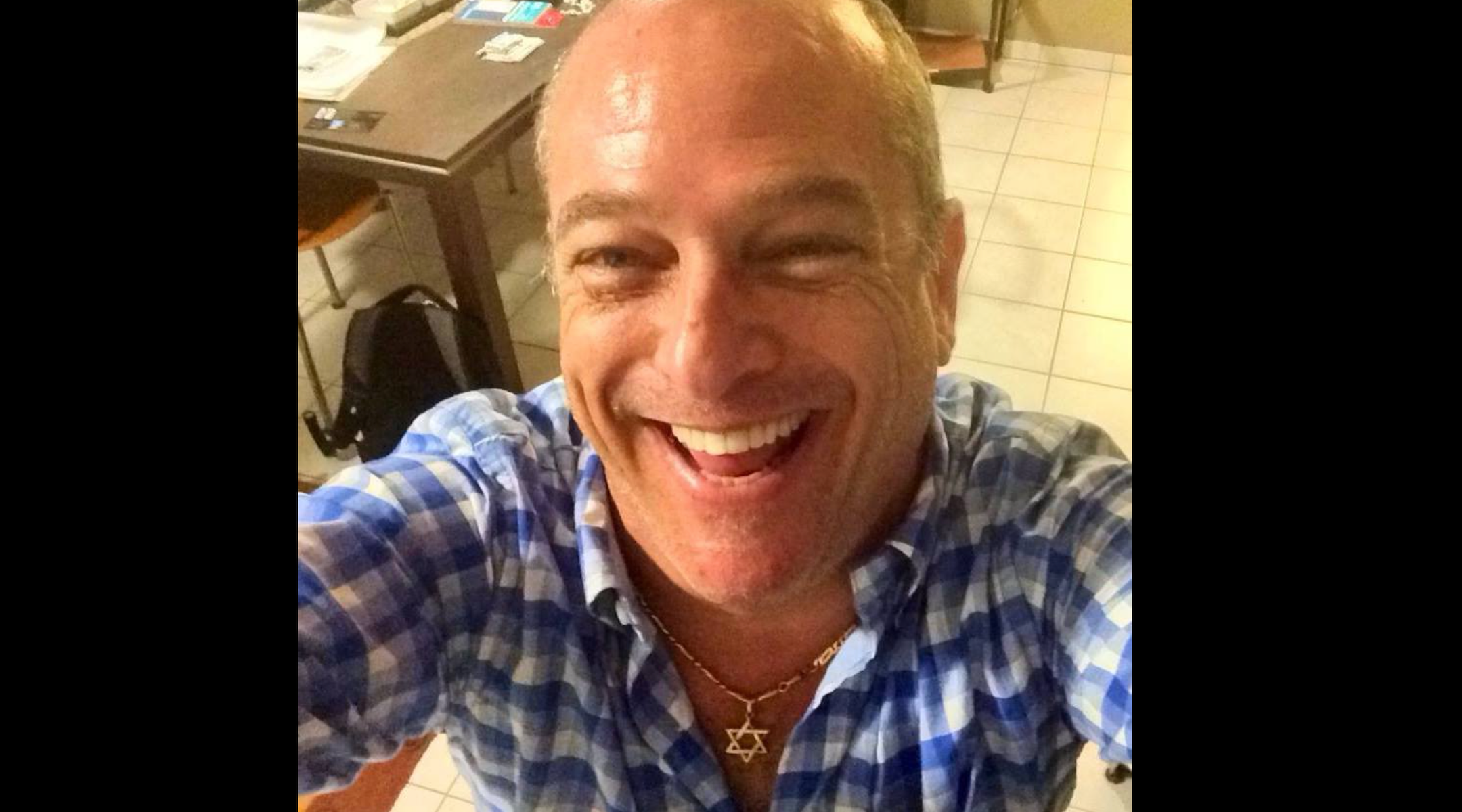 Frank Kleiman had much to look forward to. His most recent public Facebook post on Feb. 22, captioned “New venture, new beginnings,” referred to a postal company he had just started. He had recently married Ana Ortiz, with whom he lived in the Champlain Towers. And he was looking forward to the birth of his first grandchild.

His body was recovered in the rubble on Monday. Ortiz and her son Luis are among the missing.

Kleiman, a child of Cuban Jewish emigres, was raised in Puerto Rico and had strong ties to the United States. He attended Drexel University in Philadelphia, earning a degree in finance, and was a big fan of the Philadelphia Eagles.

His mother, Nancy Kress Levin, also lived in the building. And his brother, Jay, was visiting from Puerto Rico. They, too, are among the missing.

Michael David Altman had lived in his apartment, which had been in his family since the 1980s, for six years when the building collapsed. He was identified as one of the victims of the disaster on Monday. His funeral was Friday.

Altman, a Costa Rica native, came to the United States with his parents at the age of 4. He is survived by his parents, both in their 70s, as well as his two sons, Nicholas and Jeffrey, both in college.

Friends of Altman who posted to social media said he played racquetball regularly, according to the Palm Beach Post. His older son, Nicholas, told the Miami Herald that his father was “very loving,” “always smiling,” and “very fun and loved to tell jokes.”

“He was a great father, and a great son to my grandparents,” Nicholas said.

Jay Kleiman, brother of Frank, was in South Florida, back in the condo where he grew up — only to attend the funeral of a good friend who had died of COVID-19, NBC Miami reported.

“It is so tragic that he flew for a friend who died from COVID complications, and ended up there,” said Mark Baranek, who coached Kleiman and his friend, George Matz, on a flag football team at their synagogue.

In Puerto Rico, Kleiman worked with his father in a garment industry company.

The Kleimans’ mother Nancy Kress Levin had fled the Cuban Revolution in 1959. She and her husband first settled in Puerto Rico. In the 1980s, Levin moved as a single mom with her two sons to Surfside and lived in Champlain Towers, then a new building popular with Hispanic Jews who had arrived mostly from Cuba. 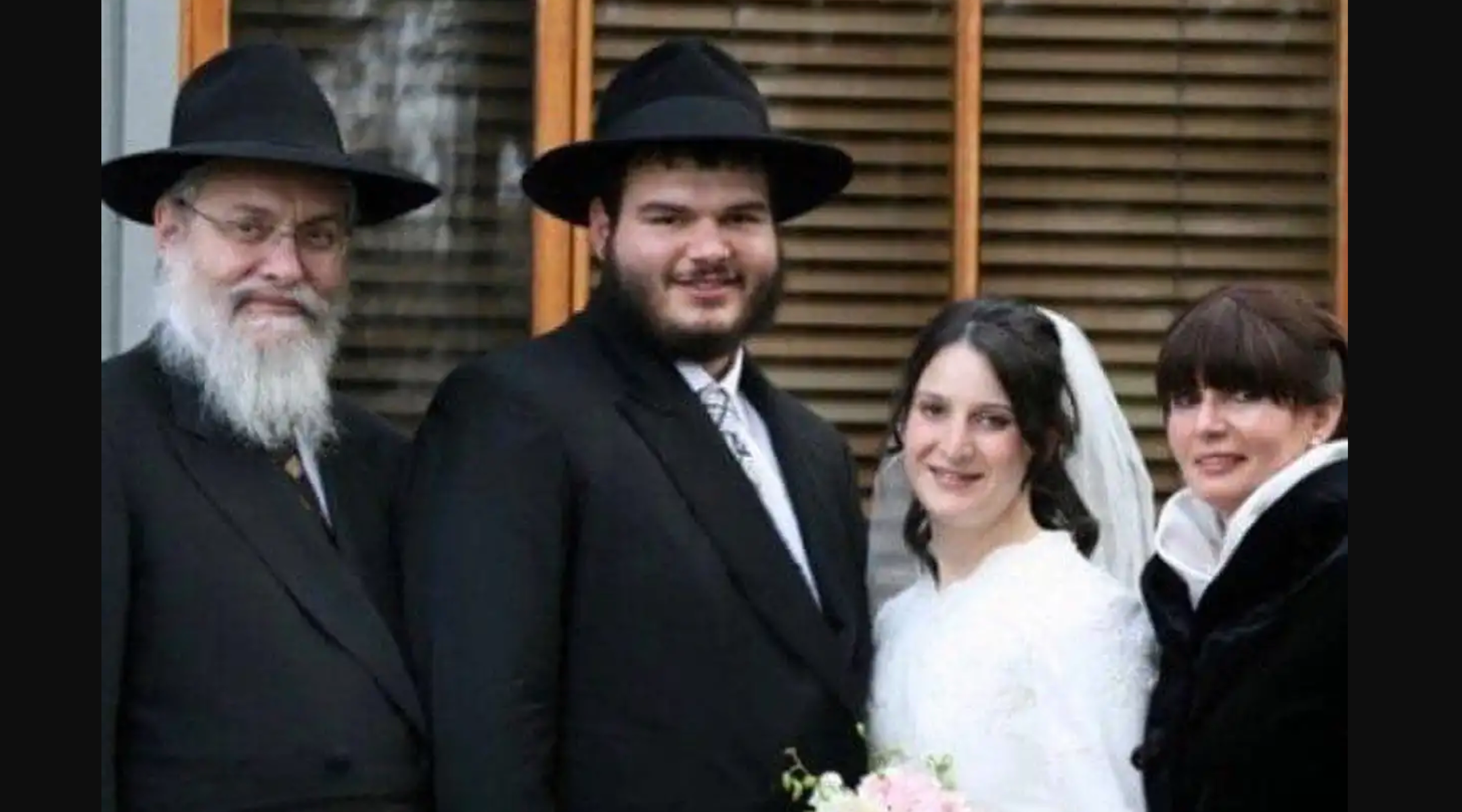 Tzvi and Ingrid “Itty” Ainsworth, a couple in their mid-60s who had seven children, lived in Australia for nearly 20 years and were members of the Chabad of the North Shore in Sydney. They moved to South Florida several years ago to be closer to their children and grandchildren there. One daughter lives just a few blocks away from the Champlain Towers. The Ainsworths had recently celebrated the birth of two grandchildren.

“Every person she encountered, ever in her life, became her friend. Everyone was treated as equals,” Chana Wasserman, one of the Ainsworths’ daughters, wrote in a Mother’s Day blog post about her mother last year, according to The Associated Press. “The guy at the laundromat, the guy working at the fruit market …”

Rabbi Nochum Schapiro, head of their former Australian congregation, told the Australian Jewish News that “the community is urged to pray, to say tehillim [psalms], and to do mitzvot so that a miracle happens.”

Moises Rodan graduated this year from the University of Florida, where he studied computer engineering. Rodan attended a Jewish high school in Caracas, Venezuela, called Colegio Moral y Luces Herzl-Bialik and was involved in the Venezuelan Jewish community in the Miami area, according to the Miami Herald. In college he was involved in a student group called Hispanics and Latinos in Electrical and Computer Engineering.

Andres Levine was supposed to be married in August. The 26-year-old, who worked in finance, had moved to Florida from Venezuela about seven years ago in search of better work opportunities. He had attended high school with Rodan.

Esther Beniflah Melul, a friend who attended the same school and also was a close friend of Levine, told the Miami Herald that she had spoken with him the night before the collapse.

“We had so many plans, so many things to do … I was going to have dinner with him that Thursday night,” she said. “We spoke the night before. I just can’t believe he’s gone.

“Venezuela is the kind of country where these things could happen — but not here.” 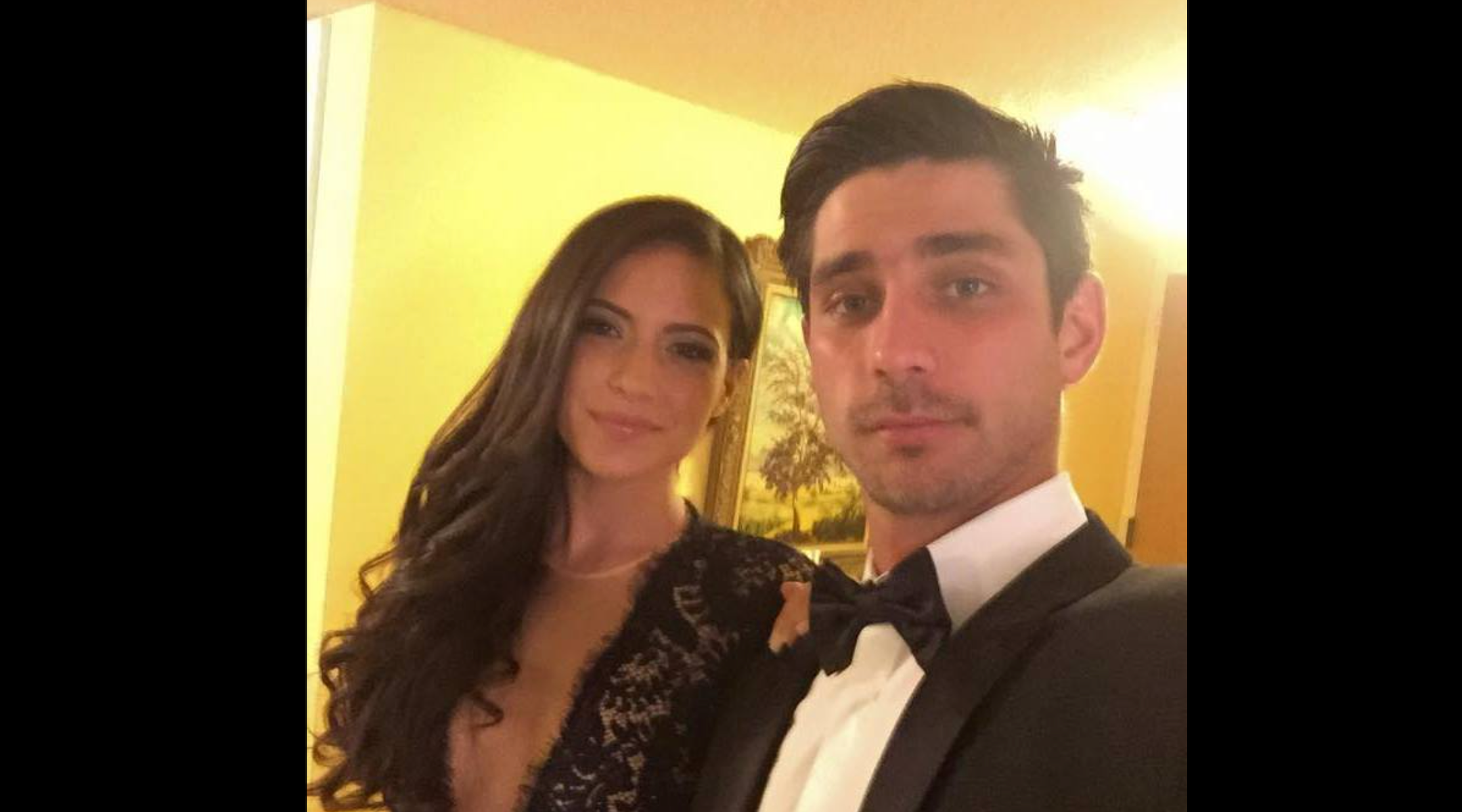 Though Luis Sadovnic and Nicky Langesfeld were engaged on the beach in front of the Champlain Towers in December, they had only moved into the building a few months before its collapse.

Langesfeld, a lawyer whose family lives in Argentina, and Sadovnic, who had an MBA and also attended the Colegio Moral y Luces Herzl-Bialik Jewish school in Venezuela, were married in a private civil ceremony in January, according to The Associated Press.

Organizers of a GoFundMe page for the couple’s families wrote that the couple loved to spend time together on the beach. A colleague of Langesfeld said the couple liked to listen to reggaeton music.

“Her presence is larger than life, and her sense of humor knows no bounds. She has the biggest heart and she loves to spoil her guinea pig Kali, and her dogs Capo and Zoey,” organizers of the fundraiser wrote of Langesfeld.

“Luis is down to earth, caring, and loving. He would do anything to protect Nicky,” they wrote about Sadovnic. 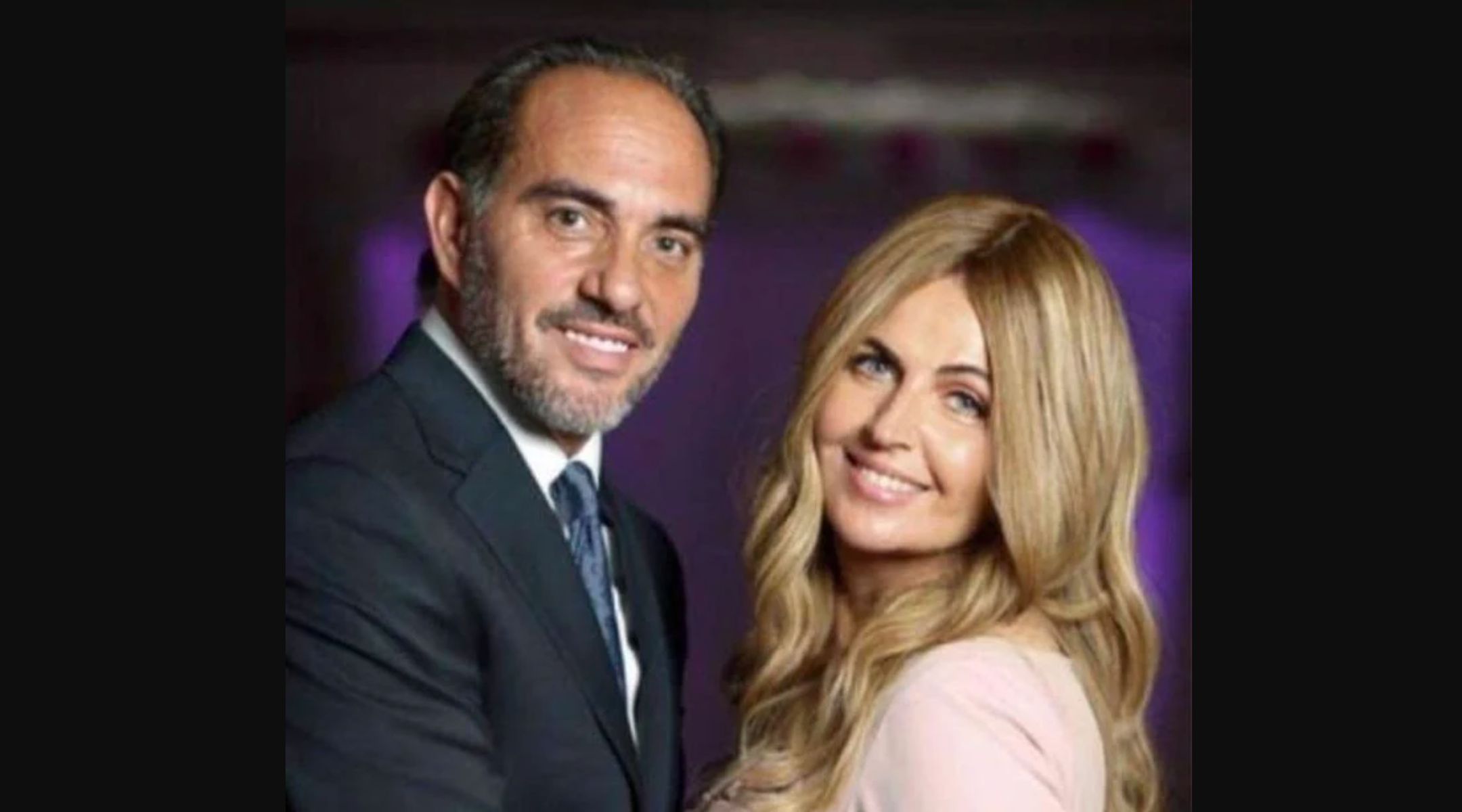 Harry Rosenberg is shown with his late wife, Anna. (Chabad.org)

It had been a rough year for Harry Rosenberg. His wife, Anna, died of cancer last summer and both his parents died of COVID-19. Seeking a respite he moved to South Florida, where he rented a series of places before settling on the Champlain Towers. He purchased his unit there only last month, according to a report by Chabad.org. Rosenberg returned to the apartment from a trip to New York just hours before the towers collapsed.

“Chaim is a man of intense faith,” said Sendy Liebhard, a friend. “Life threw him a lot of curveballs, especially recently. His faith in God and positive outlook is what’s nourished him.” 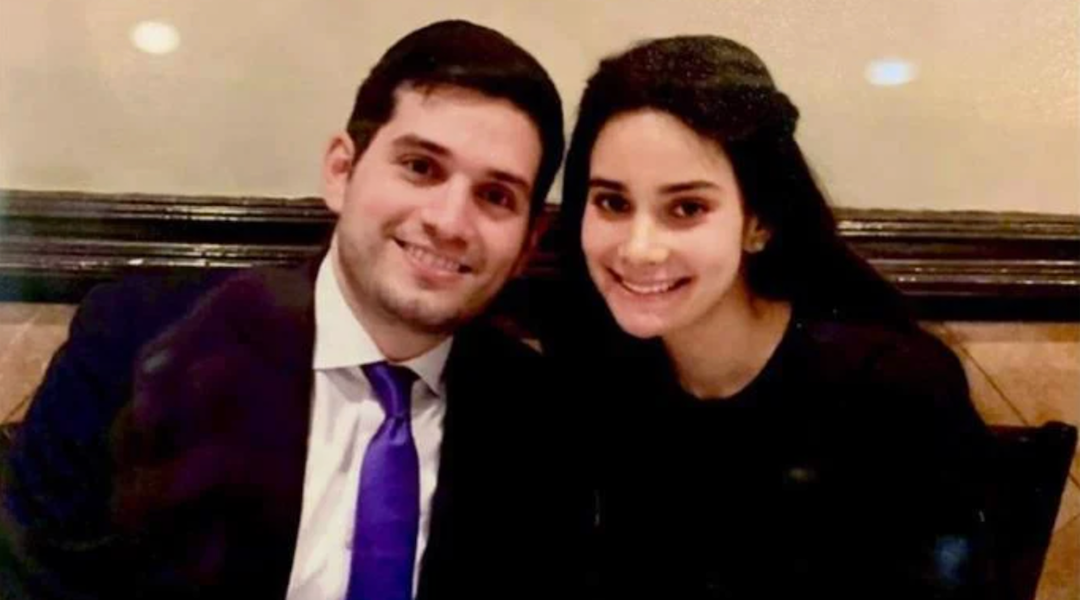 Malky and Benny Weisz were only in town for a visit: They were visiting Harry Rosenberg, Malky’s father.

The couple lived in Lakewood, New Jersey, a town with a high percentage of haredi Orthodox Jews. Malky worked as an auditor at an accounting firm and Benny, originally from Austria, worked in finance.

Shushy Bernholtz, a friend of Benny’s since childhood, told Chabad.org that Benny had wide-ranging interests. He reportedly studied in a yeshiva in Israel and a kollel in Lakewood.

“Benny knows everything,” Bernholtz said. “He can quote the works of the great German playwrights and poets like Goethe and Schiller, and explained the most complex debates in the Talmud with relevant commentaries.” In March, the University of Chicago awarded Ilan Naibryf and two classmates $15,000 for their startup, a financial technology company that enabled the purchase of goods and services with stock. Naibryf, an Argentina native raised in Hawaii, was a physics major and the past president of the university’s Chabad student center. He had just completed his third year when he and his girlfriend, Deborah Berezdivin, traveled to Surfside to attend the funeral of a family friend. Berezdivin’s family owned two units on the building’s eighth floor, according to The New York Times.

Berezdivin was a marketing major at George Washington University who was raised in Puerto Rico. She dreamed of working in luxury fashion, according to a report in El Nuevo Dia.

Linda March was not unusual in deciding to leave New York, her lifelong home, over the past year and relocate to Surfside. March, a lawyer with a strong Brooklyn accent, moved to Champlain Towers in search of a less cramped place to live near the beach.

Paula Silverman, a close friend who had texted with March just a few hours before the collapse, said March was looking to start over after becoming ill with COVID last year. March had lost a sister to cancer more than 10 years ago, then her parents not long afterward.

“She was young and ready for the next stage of her life. I can’t wrap my head around it,” Silverman told the The Jerusalem Post.

Silverman said her friend was a social person who cared about everyone and had a sense of humor that reminded her of Joan Rivers.

“She knew everyone. You’d walk down the street and you’d see her talking to the mailman, talking to everybody, giving out masks to everybody,” Silverman said. “A heart of gold.”