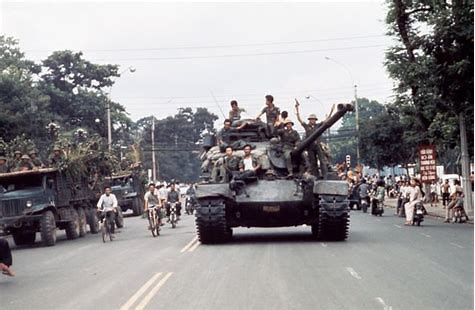 In three weeks, on the 23d of Elul, 5781, it will be exactly 20 years that Arab Terrorists, destroyed the Symbol of American financial and national glory—the Twin Towers in New York City. Nearly 3,000 American citizens perished on that day, many of them our own blood brothers and sisters.

The wrath of the American people on that day and the ensuing few weeks succeeding it was laser focused on extracting revenge from the perpetrators of that heinous crime.

Two days later, President George W. Bush addressed the Nation and informed us of the existence of the Al-Qa’ida terrorist network directed by Osama Bin Laden. He promised the Nation and the World, that the response would be hard and swift. A short few months later tens of thousands of US troops were flown into Afghanistan. Considered the heart of World Wide terrorist activity, America declared its intent to clean up and destroy the terrorist plague.

Afghanistan became the ugliest military theater since Viet Nam and Korea in the 1950’s and 60’s before exiting the Asian continent during the Nixon years in the early 1970’s.

And ugly it was. From there the US entered into the Iraq war which once again cost tens of thousands of US and allied lives and produced absolutely nothing.

Quick background; Even Obama, although not for reasons that were necessarily in the interests of America, had already decided that it was time to scale down America’s presence in Afghanistan and Iraq. In fact he presided over the withdrawal of Iraq and did a miserable job. He left us ISIS which then plundered Iraq and created an explosion of terrorism world wide.

When Trump assumed the Presidency in 2016, he announced as one of his major foreign policy objectives, to bring the US military back home from Afghanistan. There was always a plan to leave behind a very small contingent of military personnel as trainers and advisors.

However, he had a elaborate strategy of both the timeline and the methods for the full scale military withdrawal from Afghanistan. What Joe Biden did in the last few days comprises the largest embarrassment of the US Military might in its history. There is NO DOUBT that this was intentional.

However instead of a sensible strategic withdrawal, the following horror took place:

Horror at the Kabul Airport

How desperate are some Afghans to flee the Taliban?

Very. They’re willing to risk their lives to get away which tells you how terrified they are of what is to come in the country from the Taliban.

People were flooding into the airport to try to escape. But most civilian planes out were initially filled and then they were shut down when the airport came under fire.

But this morning, it was far worse. One of the only ways out was the military planes including those of the U.S., getting out its people and allies. As one U.S. plane appeared to be taking off, people desperately raced alongside it and some sat on the wheel wells, hoping to be able to leave, but then falling off when the plane was in the air.

At least three people fell from the planes, according to reports.

Helicopters were needed to help clear the runways for the planes. There are reports that the U.S. troops had to fire into the air to clear the crowd so the planes could take off.

Taliban are also reportedly taking potshots at the planes.

Taliban are also reportedly taking potshots at the planes.

According to the Wall Street Journal, at least three people were killed by gunfire Monday morning in chaos at the passenger terminal of Kabul’s international airport, where thousands of Afghans were converging, trying to get out. This was in a separate area from where the U.S. military was trying to evacuate foreign nationals and allies. “Witnesses reported seeing the prone, bloodied bodies lying on the ground just outside the terminal building.” There were other reports that as many as five had died, with speculation that there may have been a stampede as well.

This is just a horror show. Where’s Joe Biden with his promise that he would take action against the Taliban if they attacked/endangered Americans? I think all this would qualify. But he’s AWOL on vacation and may deign to speak to us in a “few days.” But as we noted, he did seem to find time apparently to expose his CIA people when the White House posted a picture of him having a Zoom meeting with his national security advisers yesterday.

Most of this was preventable with even the least amount of forethought. But now this is the weakness and the terror that’s being shown to the world.

The Blowback is incredible. Even CNN’s Jake Tapper, one of the biggest public Trump critics is calling foul to the way Biden is handling this.

Why is this being done, why does it seem that America is engineering its own downfall? Those questions are now on the minds of most Americans. People around the world as well are aghast at these events.

As Jews we must be aware, and I am NOT attempting to be simplistic, that these events are carefully orchestrated by Hashem—as indeed everything is. Whats more, this orchestration appears to be nadir in what appears to be the downfall of America.

Who takes over after America falls? We can only guess but we cannot predict. Hopefully that event will usher in the arrival of Moshiach. However we must ‘Daven’ for protection from Hashem, especilly as we stand at the entrance to the ימים נוראים.

This significant downfall of Americas military might, is not an isolated incident. That is to say, it is part of the horrors that are taking place in American society and DIRECTLY affects the Jewish nation as residents in this country. It relates directly to how America is handling the COVID crisis, and what America is doing to society on a social and cultural level. All of these operations are part of a united effort by America’s leftist elites.

It is the most dangerous time we have experienced since the rise of the Soviet Bolshevik state, the rise of Hitlerian Fascism and Nazism. I fear that most of you are not aware that the mask and vaccine mandates are being used around the country to threaten anyone who does not take the vaccine or wear a mask, with isolation from society. The Federal Government and their compliant ‘Blue States,’ such as NY, NJ, CA, etc., are moving forward with constitutionally illegal mandates to enforce total submission.

Kids who wont be vaccinated or wear masks will not be able to sit in a classroom setting but will deliberately be ‘othered’ and forced to sit in separate section until their parents are willing to submit their children to vaccines and masks.

As it has always been, WE as a PEOPLE, will become the primary targets. Make no mistake.

Last week, I saw a video created and distributed by the Bikur Cholim of Baltimore imploring everyone to take the vaccines, including children and pregnant women.

Who authorized this from amongst our Gedolim? Is this being done out of fear because they were threatened by the Government? If so, shouldn’t they find away to let us know that ‘Nazism’ has arrived? Are they aware that some of the biggest authorities in the world of Virology and Vaccinology have said that this Vaccine is unproven and should NOT be given to young adults and pregnant women unless they are of the highest risk from underlying issues.

This ‘Hollywood’ type product may influence people to severely affect their health with an unproven medical device.

Make no mistake! I am not חס ושלו challenging ‘Rabbinical Authority’. But in light of testimony by major medical authorities, unless their is a clear פסק הלכה by a ‘unanimous’ consensus of Gedolei Yisroel, where did the BC of Baltimore get the authority to promote this video?

Here is some data and testimony to look at simply as a guide to do your own research. We are NOT promoting wither way.

There is a concerted effort by the left to disband the US Constitution and individual rights. The US department of Homeland Security, Alejandro Mayorkas,

DHS says this new terrorism advisory is not based on any actual threats or plots, but it says there’s a rise in antigovernment rhetoric. Some of it is opposition to Covid public health rules like mask and vaccine measures. Some calls for violent action are based on claims of election fraud, or a belief that Donald Trump can be reinstated. And DHS says the coming 20th anniversary of the 9/11 attacks and religious holidays later this year could be catalysts for violence. The last terror advisory was issued in May. It expired today. This new one says domestic extremism remains a threat priority.

And yet, the voices of protest are getting louder as for example in this protest last week in Tennessee:

All of these examples point to a phenomena taking place in America today. There are no longer political debates on ‘the better policies for administering the United States’, Democrat vs Republican. The split in the United States has now turned into a debate of GOD or No GOD, morality or adherence to immoral scientism which reduces even the value of human life to scientific theory.

We do not know who is winning but it is not unlike the phenomena that took place in ancient times during the דור הפלגה.

The left in America is now preaching allegiance to the State over anything else. In other words, ‘the State is Supreme.’ The individual is worthless.

We live in incredibly difficult times. The only thing that will protect us from the destruction taking place around us, is strict adherence and loyalty to Hashem and His Torah, and an Powerful increase in גמילות חסדים and אהבת ישראל.

Make no mistake. Without these components we will be subject חלילה to terrible times. On the other hand, combing the recipe loyalty to Hashem and His Torah and גמילות חסדים and אהבת ישראל, will protect us from it all. This is virtually guaranteed to us. Let no one think differently.