The Right to VOTE is one of your most Important Rights as an American Citizen. Don’t Let Congress Take it Away from You. 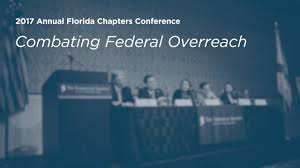 By Dave Boyer– The Washington Times

Republican elections officials in at least 16 states are opposing a House Democratic bill headed for a vote Wednesday that would set national standards for mail-in ballots, early voting, automatic voter registration and other election rules normally left to states to decide.

Republicans also are criticizing the 700-plus-page proposal as a Democratic wish list that would grant statehood to the District of Columbia, voting rights to former felons, public financing of elections and new redistricting requirements.

In a dig at former President Donald Trump, the measure also would require presidents to disclose their tax returns.

State Republican officials say the For the People Act would nationalize elections and centralize power in Washington over voting procedures while limiting states’ ability to guard against voter fraud.

The proposal would bar states from requiring photo IDs or other identification to vote by mail. Just this Monday, Georgia’s state House passed a bill that includes more ID requirements for absentee ballots and reduces the number of days for early voting.

Alabama Secretary of State John Merrill, who is leading a Republican commission on election reforms, said the bill in Congress is an example of “egregious federal overreach.”

“It’s not even something that should be considered because we don’t have national elections; we have 50 state elections for a national office,” Mr. Merrill said in an interview. “Each state should be empowered to make their own decisions for their own elections. We don’t need nationalization of elections, and we certainly don’t need that power centralized in Washington, D.C.”

Mr. Merrill and 15 other Republican secretaries of state from Idaho to West Virginia told congressional leaders in a letter that the House bill and its companion legislation in the Senate “blatantly undermine the extensive work we, as election officials, have completed in order to provide safe, accessible voting options for our constituencies.”

Among the Republican officials in the letter is Georgia Secretary of State Brad Raffensperger, who disputed Mr. Trump’s accusations of fraud after his election loss in the state on Nov. 3.

“Many of the proposed practices would reverse the years of progress that has been made,” they said.

Several state Democratic election officials who support the legislation say it’s not an effort to curtail states’ authority but to take best practices developed in some states and apply them to the rest of the country. They say voters want more options for voting, not less.

Michigan Secretary of State Jocelyn Benson said Tuesday that the bill is a reflection of what works at the state level. She cited two ballot initiatives in Michigan in 2018 that approved constitutional amendments on absentee voting without a reason, automatic and same-day voter registration, and election districts drawn by a citizens commission. All of these provisions are in the House bill.

“We’ve gone and shown that you can go from being a Mississippi to a Minnesota in just two years,” Ms. Benson said.

But even some Democrats acknowledge that the bill would impose mandates on states. What Republicans describe as efforts to improve election integrity and reduce fraud, Democrats view as attempts at voter suppression.

Minnesota Secretary of State Steve Simon, a Democrat, said the bill “would further increase access to voting and prevent our state from ever enacting voter suppression laws in the future.”

“It would protect and expand voting from home, something that proved very popular in Minnesota this last election cycle,” Mr. Simon said. “We look forward to the use of … even better tools that will keep our voter participation and our voter confidence at the highest levels.”

“We’re seeing challenges to the right to vote, and what we need is vigilance,” he said of Republican election proposals in 43 state legislatures.

Mr. Merrill said each state should be able to devise its own rules, for example, on voting by mail. He said only five states — Hawaii, Utah, Colorado, Oregon and Washington — had universal vote-by-mail before the pandemic. The states that have done it well recommend a five-year period for full implementation, he said.

“If you want to be a little bit more intentional about signature verification, you probably want to consider Colorado,” he said. “If you want to consider more about the standard return of the ballots being done in a timely fashion, you want to consider Washington. I do think it’s important to note that Republicans don’t have all the answers to all questions, and Democrats don’t either. What we need to do is try to figure out what’s right and best for each one of our states. And certainly Washington has the fewest answers of anybody.”

Mr. Trump, who said mail-in voting fraud cost him reelection, blasted the House Democrats’ bill in a speech this weekend at the annual Conservative Political Action Conference in Florida. He said Republicans must act urgently in statehouses and in Washington to bolster election integrity.

“We have no time to waste. [House Speaker] Nancy Pelosi and the Democrats in Congress are racing to pass a flagrantly unconstitutional attack on the First Amendment and the integrity of our elections,” Mr. Trump said. “It virtually eliminates voter ID requirements nationwide, effectively ends all registration deadlines … requires states to give ballots to felons, automatically registers every welfare recipient to vote, and puts unaccountable, unelected bureaucrats in charge of drawing congressional districts.”

He warned, “This monster must be stopped. It cannot be allowed to pass. Now, more than ever, is the time for tough, strong and energetic Republican leaders who have spines of steel.”

House Minority Leader Kevin McCarthy, California Republican, said Tuesday that the bill would make it harder to stop voter fraud by preventing state officials “in most cases” from removing ineligible voters from the rolls.

“Currently, an estimated 24 million voter records across the country appear to be inaccurate or invalid,” Mr. McCarthy said. “As we saw during the pandemic, this created chaos and confusion. It doesn’t matter if you’re a Democrat, Republican or independent. Everyone has a personal story of your friend, your family, your neighbor receiving a ballot that they shouldn’t have. Every one of those stories erodes trust in election integrity.”

The measure is expected to pass the House on a party-line vote, as did a similar version in 2019 that died in the Senate. Senate Republicans are promising to defeat the bill again.

Supporters would need 60 votes to overcome an expected filibuster in the Senate.

Rep. John Sarbanes, Maryland Democrat and a chief backer of the bill, said Senate Democrats should take a “hard look” at eliminating the filibuster if the measure is defeated in the chamber. Sen. Raphael G. Warnock, Georgia Democrat, told reporters Tuesday that “the issues are urgent enough to leave all options on the table.”

“It is quite unfortunate that there are politicians in Georgia, and across this country, who feel that rather than the citizens picking their politicians, the politicians get to pick their voters,” Mr. Warnock said. “Voter suppression is one of the most urgent issues facing our country.”

But Sen. Joe Manchin III of West Virginia, a Democrat whose vote would be needed to eliminate the filibuster, reiterated this week his unalterable opposition to such a move.

“What don’t you understand about ‘never’?” Mr. Manchin snapped at a reporter.

The bill also takes aim at big-money campaign contributors’ ability to hide the sources of their political spending by donating to other groups to buy political ads. It would require disclosure of donations of more than $10,000 to politically active nonprofits.

The measure also would create a system of matching donations, funded by a surcharge on “corporate lawbreakers and wealthy tax cheats,” according to the bill.

Candidates would opt into the system by raising enough small start-up donations to qualify and agreeing to certain conditions, such as lower contribution limits. Donors who give small amounts to participating candidates would have their contributions matched by public money. The For the People Act would match donations of $1 to $200 to participating House and Senate candidates at a 6-1 ratio.

“Let’s say someone donates $200 to a preferred candidate,” Mr. McCarthy said. “Taxpayers must now chip in an extra $1,200. Democrats want to raise this money through new fines on corporations, which the government will use to pay campaigns and political consultants. I guess Democrats don’t actually believe corporate money in politics is bad.”