The Most Striking News Item Today: Draft of Supreme Court Legal Opinion, Leaked to the Press Seems to Indicate That the SC is Headed in the Direction of Reversing Roe v Wade 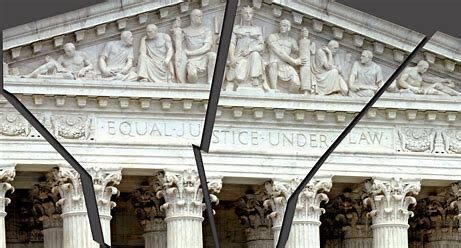 This is a phenomena that has never happened in the entire history of the Supreme Court. The security of the opinions in the supreme court is as tight as any defense security in the US Government. The leak is significant since it indicates that the potential for internal ‘popular’ revolution in this country.

“The Supreme Court has voted to strike down the landmark Roe v. Wade decision, according to an initial draft majority opinion written by Justice Samuel Alito circulated inside the court and obtained by POLITICO.

The draft opinion is a full-throated, unflinching repudiation of the 1973 decision which guaranteed federal constitutional protections of abortion rights and a subsequent 1992 decision – Planned Parenthood v. Casey – that largely maintained the right. “Roe was egregiously wrong from the start,” Alito writes.

“We hold that Roe and Casey must be overruled,” he writes in the document, labeled as the “Opinion of the Court.” “It is time to heed the Constitution and return the issue of abortion to the people’s elected representatives.”

“Roe was egregiously wrong from the start. Its reasoning was exceptionally weak, and the decision has had damaging consequences. And far from bringing about a national settlement of the abortion issue, Roe and Casey have enflamed debate and deepened division.”

To be sure, this is a draft that was made by Justice Alito back in February, and justices have been known to change their opinions. However, if it does pass, it will be the a landmark decision of t type that was never done in the history of the US.

The battle will heat up now because of the leak. The left wing has already set into motion a number of propaganda programs including legislation to codify legalized abortion.

VP Harris, is scheduled to speak tonight at a Washington Gala referred to ‘Emily’s List’ which is now being groomed as a platform for a new job for the failing VP—the battle for Abortion Rights.