The Left Wing News Media Tried to Make a Big Deal of Two ‘FOX NEWS’ Contributors that Quit FOX News over Protests of Tucker Carlson’s Documentary on the Fight Against Patriots: Well, Not So Fast! It Turns Out They Resigned Because their Contracts Weren’t Getting Renewed Anyway!! What a Joke 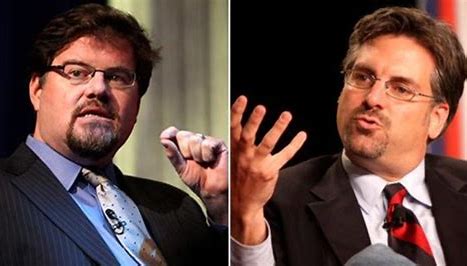 Never Trump commentators Stephen Hayes and Jonah Goldberg announced this week that they were leaving Fox as contributors because of Tucker Carlson’s Jan. 6 special.

Many laughed at the pomposity of their announcement, with some noting they didn’t even know they still were working there. Who would really notice or care if they were gone?

The two ran to the NY Times to make their announcement, which shows exactly where their minds are at and to whom they are trying to cater. Hint: it’s not Republicans or conservatives.

The same people who fall for their nonsense were all agog over their announcement and ‘character.’

Tucker Carlson had the perfect response to them.

He went a little further in a statement he made, noting that their departure “would substantially improve the channel.”

“These are two of the only people in the world who still pretend the Iraq War was a good idea,” Carlson said. “No one wants to watch commentary that stupid.” He declared their leaving “great news” and said “viewers will be grateful.”

However, as with anything about the Never Trump grift, it’s never quite what it seems. It turns out there was a little more behind the story, as a Fox executive revealed. He said “the network had no intention of re-signing Steve Hayes or Jonah Goldberg when their contracts came up in 2022.”

Oh. Now, how hilarious is that? In other words, they made this great big posturing move, but they were on their way out anyway, because they weren’t going to be renewed. So, that’s the real context here. Did they know that? Because now, it sounds like an “I quit before they were going to let me go” situation.

And was this ‘quitting’ an effort to make themselves more appealing to their liberal buddies, so that they might get contributing slots on CNN or MSNBC as the ‘oh so principled’ ‘Republican’ commentators because they weren’t going to have their deals at Fox anymore? You know that for neo-cons, that’s likely the next move.

UPDATE: A Fox News executive confirmed that Hayes and Goldberg’s contracts were not scheduled to be renewed before they announced their resignation.