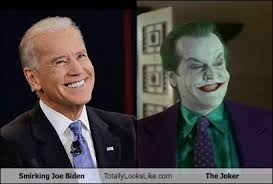 Because it’s important that pregnant women are able to drop into enemy territory during wartime.

Biden made the statement right before he forgot where the hell he was and the name of the general standing behind him.

Joe’s handler for the day, Kamala Harris, was standing behind him but failed in her daily duties.