The Food and Drug Administration has Issued New Restrictions on the Single-Shot Johnson & Johnson Covid Vaccine. 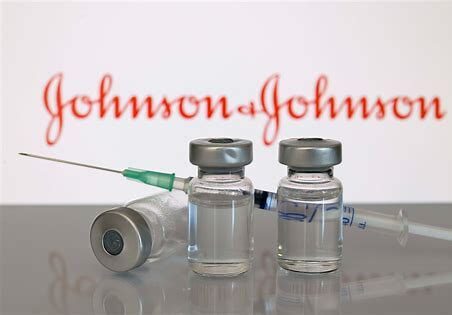 The Johnson & Johnson shots are now limited to adults 18 years and older or for whom other COVID-19 vaccines are deemed not accessible or clinically appropriate due to the risk of blood clots.

“The FDA said its analysis had determined that the risk of thrombosis with thrombocytopenia syndrome after the administration of the shot warrants limiting of the authorization,” CNBC reported.

“We recognize that the Janssen COVID-19 Vaccine still has a role in the current pandemic response in the United States and across the global community,” said Peter Marks, director of the FDA’s Center for Biologics Evaluation and Research. “Our action reflects our updated analysis of the risk of TTS following administration of this vaccine and limits the use of the vaccine to certain individuals,”

“The FDA temporarily paused the administration of the Johnson & Johnson COVID-19 vaccine last year after several reported cases of blood clotting,” UPI News noted. “At the time, all six cases were found in women between the ages of 18 and 48. At least one died.”

It is not the only serious side effect of Covid vaccines that has been verified this week. An MIT study found that there was an increased risk of side effects among 16-39 year-olds in Israel.

“COVID-19 vaccination was ‘significantly associated’ with a 25% jump in emergency medical services (EMS) for heart problems in 16-39 year-olds in Israel, whose vaccination rate is among the world’s highest, according to a peer-reviewed study by MIT researchers,” Just the News reported.

“While not establishing causal relationships, the findings raise concerns regarding vaccine-induced undetected severe cardiovascular side-effects and underscore the already established causal relationship between vaccines and myocarditis, a frequent cause of unexpected cardiac arrest in young individuals,” the study says.

In October 2021, some European countries suspended authorization for Moderna vaccines due to the increased risk of heart inflammation for young persons.

“Scandinavian authorities on Wednesday suspended or discouraged the use of Moderna’s COVID-19 vaccine in young people because of an increased risk of heart inflammation, a very rare side effect associated with the shot,” Fox reported at the time.

“Sweden suspended the use of Moderna for those recipients under 30, Denmark said those under 18 won’t be offered the Swiss-made vaccine, and Norway urged those under 30 to get the Pfizer vaccine instead,” the report added.

An Oxford University study published in Nature in December showed that the risk of myocarditis, a form of heart inflammation, is greater from getting ‘vaccinated’ with the mRNA shots than from contracting the virus itself.

“This is the largest study to date of acute cardiac outcomes after SARS-CoV-2 vaccination or infection, the first to compare the risk of cardiac events between different vaccine products and SARS-CoV2 infection and the first to investigate the association between cardiac events and the ChAdOx1 vaccine,” the study stated.

“Our findings are relevant to the public, clinicians and policy makers,” the researchers note. “First, there was an increase in the risk of myocarditis within a week of receiving the first dose of both adenovirus and mRNA vaccines, and a higher increased risk after the second dose of both mRNA vaccines.”

In February, a CDC panel recommended a longer waiting period in between mRNA covid shots due to a reported spike in heart inflammation cases.

“A wider gap between the first two doses of the mRNA Covid-19 vaccines could improve the shots’ effectiveness and help reduce the risk of a rare type of heart inflammation called myocarditis, experts told a Centers for Disease Control and Prevention advisory committee on Friday,” as NBC reported.

“Members of the group, the CDC’s Advisory Committee on Immunization Practices, largely supported extending the recommended interval between the first two doses of both the Pfizer-BioNTech and Moderna vaccines to eight weeks,” the report added.

The recommended adjustment of the CDC timeline is another tacit admission that the Covid mRNA shots had unforeseen side effects and were not properly tested in clinical trials. Furthermore, the full clinical data for the Pfizer vaccine has not yet been fully released.

However, Pfizer this week released 90,702 pages under court order that raise further disturbing questions about both the efficacy and the safety of the vaccines.

Public health officials who continue to tell the American people that Covid vaccines have no known side effects are committing fraud. It is now up to Congress to hold such public officials accountable to the fullest extent of the law, or otherwise pass laws to ensure that they are held accountable.

Dr Who Exposed Corona Scam Sentenced To 60 Days In Jail