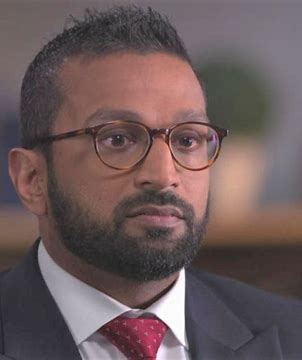 While it looks like no one of note will be held accountable for perpetuating the hoax that was the Trump-Russia investigation, the Biden administration still looks to be seeking revenge. Kash Patel, the man who blew open the FBI’s spying scheme, is now the subject of a criminal leak case involving classified information. Yes, the same DOJ and FBI, that decided Hillary did nothing wrong and couldn’t investigate a leak to save their lives during the Trump era, is now deeply concerned that Patel may have broken the law. I know, try not to laugh.

The report comes from The Daily Caller.

Kash Patel, the former GOP congressional aide who uncovered the FBI’s surveillance abuse against the Trump campaign, is the target of a federal leak investigation, according to a report from The Washington Post.

David Ignatius, a columnist for the Post, reported Friday that two sources familiar with the probe said that Patel is being investigated for unauthorized disclosures of classified information.

The investigation was sparked by a complaint made by an intelligence agency, according to Ignatius.

The irony here is that Ignatius was at the center of the Michael Flynn leak, itself an illegal act by someone in the Obama realm. But Ignatius is now reporting on Patel and an investigation into supposed leaking via two sources that themselves are illegally leaking. That’s nuts, and the one person we know had illegal possession of classified material multiple times is writing on both ends of the saga — because the press gets a free pass to break the law.

Also, note that the complaint that got Patel targeted came from the intel community. That would be the same intel community that Patel exposed as taking partisan steps to go after the Trump campaign. I can’t imagine there’d be any sour grapes over there, would you? Apparently, all it takes is a complaint from the right people and the DOJ will go to town, but if it’s an illegal leak targeting Donald Trump and his allies, they can never seem to find the culprits.

I mean, it was just this week that the Russian bounties story, used extensively to attack Trump during the 2020 campaign, was debunked, and that was originally sourced by a single, illegal leak. Was there even an investigation into the origins of that? We’ll likely never know, but we do know no one was punished.

As to whether Patel actually did anything he’s being investigated for here, who knows. I doubt it, but as the Obama DOJ showed us, you don’t actually need evidence to go after your political enemies, and Patel has made a lot of enemies within the DOJ, FBI, and intel community. He exposed and embarrassed them, leading the way in getting key documents declassified. It was just a matter of time before they tried to extract their pound of flesh.

Regardless, it’s clear, in my opinion, that the two-tiered justice system is alive and well. Heck, the fact that we know about this investigation is proof of that. Every time a Republican is being targeted, someone runs to the Post or the Times to run their mouth. That’s then used as a political cudgel, no actual due process required. This will continue until the next Republican president actually takes cleaning house seriously.