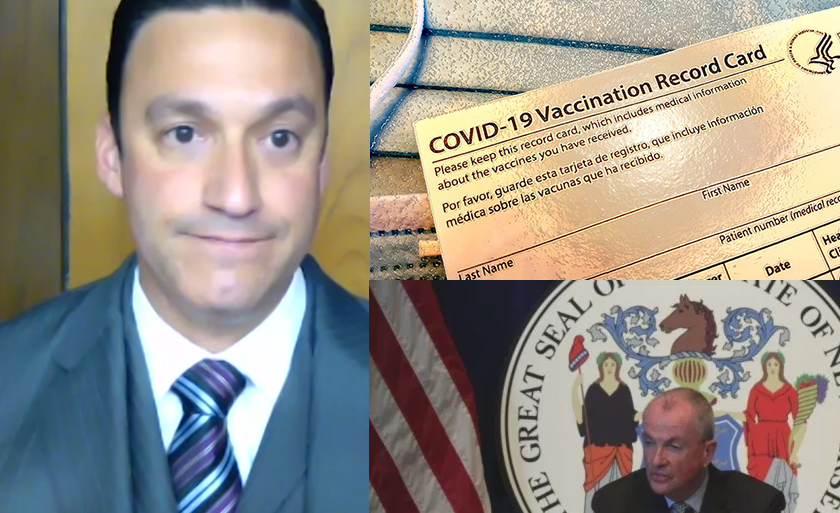 “Governor Murphy hasn’t been transparent with New Jerseyans during the pandemic and he’s refused to rule out the use of vaccine passports,” said Testa, a practicing attorney. “We need to be vigilant to ensure this app doesn’t suddenly morph into a vaccine passport that people are forced to display everywhere they go.”

The app will purportedly be used to assist residents in accessing medical records – including vaccination history – but critics including Testa note that the app could easily be co-opted and used as a “vaccine passport.”

“While Governor Murphy insists the app is not a vaccine passport, it could likely be used for that purpose should he change his mind,” added Testa. “New Jersey is doing just fine without it.”

He’s not wrong. The curve in New Jersey has been “flat” for some time with very few new daily cases and hospitalizations/deaths evaporating.

Testa is also the sponsor of S-3674 which would bar Trenton from forcing private businesses from ascertaining vaccine status for the purposes of permitting entry.