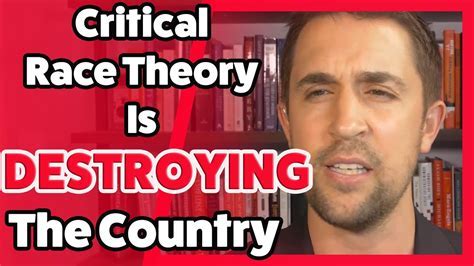 Do you know what Critical Race Theory is? NJ and Murphy, Will Pass a Law REQUIRING the Teaching of CRITICAL RACE THEORY, (known as CRT) in our Schools.

Tennessee got smart. A bill was passed banning it. This is one of the latest Left Wing Crazy ideas being pushed by Biden and the Left Wing Gangsters in the US Government

Tennessee joins a growing list of states that are banning the indoctrination of critical race theory in public schools.

On Tuesday, Republican Gov. Bill Lee signed legislation that bars public schools from teaching divisive propaganda that claims one group is inherently racist and that the United States is fundamentally, irredeemably racist and sexist.

These inflammatory beliefs are the basic tenets of critical race theory, which demonizes all white people as racist and privileged and suggests that all black people are helpless victims because the U.S. was, is, and always will be “systemically racist.”

Lee signaled last week that he would sign Senate Bill 623 when he expressed concern about the pervasive influx of left-wing disinformation masquerading as facts in schools today.

“What I am most concerned about is that our education system reminds students that history is important, civics is important, American exceptionalism is important, and that political commentary is not important when teaching our children,” the governor told reporters last week.

“That’s what this bill will accomplish.”

The law will take effect on July 1.

Impartial discussions of controversial aspects of American history such as slavery can be taught, but teachers are not permitted to hijack the curriculum to transform classrooms into platforms for political evangelizing or to demonize white students because of their skin color.

Among other things, Tennessee public schools cannot teach that any individual is “inherently privileged, racist, sexist, or oppressive” because of his or her race or gender.

SB 623 also prohibits discrimination on the basis of race or sex. That means excluding white students from classroom events is prohibited, although this has become a recurring pattern in blue states.

The bill also makes a veiled rebuke against slavery reparations — an idea some Democrats are pushing to extort money from taxpayers — by asserting that no one, “by virtue of the individual’s race or sex, bears responsibility for actions committed in the past by other members of the same race or sex.”

The anti-CRT measure also prohibits schools from teaching that a meritocracy is “inherently racist or sexist, or designed by a particular race or sex to oppress members of another race or sex.”

This is a condemnation of the left’s ongoing claim that having standards or assessing individuals on the basis of merit is racist.

Here’s the rundown of CRT beliefs that Tennessee public schools are banned from teaching under SB 623:

Any school that violates this law could be penalized by having taxpayer funding withheld from it.

The proposal to ban critical race theory from public schools has been introduced in several other states, including Texas, Oklahoma and Idaho, amid escalating rhetoric demonizing all white people.

If you believe CRT, you’d erroneously think white Americans invented racism and slavery, that no other races have ever been bigoted or racist, and that slavery never existed anywhere besides the United States. All of these assertions are false.

The white guilt phenomenon we see in the United States today is premised on the country’s slavery past.

If you listen to grievance-peddling leftists, you’d get the misimpression that all Americans owned slaves during the slavery era.

That is false. Most people in the Northern states did not own slaves, and in the South, only the rich could afford slaves.

Leftists and their media lapdogs constantly foment resentment among black Americans over slavery. They act as if slavery was solely an American institution and that the United States introduced slavery to the world.

In reality, slavery existed on every continent in the world for thousands of years before it came to America.

Slavery is not an experience that is unique to black Americans. Every race was enslaved at some point.

But the left screeches nonstop about an institution that Abraham Lincoln — a white Republican president — ended 156 years ago.

Economist Thomas Sowell has pointed out that black slavery still exists in many African and Muslim countries to this day.

But there’s no left-wing outrage over the actual systemic racism against blacks in the Middle East or Africa. Why?

“Because there is no money to be made denouncing it and no political advantages to be gained,” Sowell said.

“When slavery is mentioned, too many people automatically think of whites enslaving blacks,” Sowell said. “That is not even one-tenth of the story of slavery, which existed on every inhabited continent.

“The very word ‘slave’ derives from the word for some white people who were enslaved on a mass scale — the Slavs — for more centuries than blacks were enslaved in the Western Hemisphere.”

Unfortunately, thanks to the left’s takeover of academia, the legacy media, Hollywood and Big Tech, false narratives about racism and slavery are promoted in the United States and around the world.

The grievance industry is a lucrative money train for race-baiting grifters.