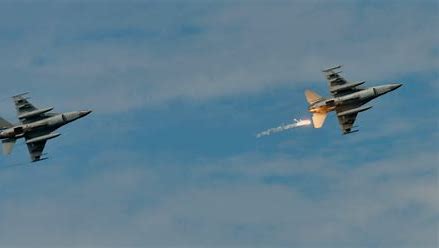 TAIPEI, March 3 (Reuters) – Taiwan plans to more than double its yearly missile production capacity to close to 500 this year, the island’s defence ministry said in a report, as it boosts its combat power amid what it sees as China’s growing military threat.

Taiwan last year approved extra military spending of T$240 billion ($8.6 billion) over the next five years as tensions with China, which claims the island as its own territory, have hit a new high and Chinese military planes have repeatedly flown through Taiwan’s air defence identification zone.

In a report printed on Wednesday and sent to the parliament for review by lawmakers, a copy of which was reviewed by Reuters, the defence ministry said the extra spending included plans to boost annual missile production capacity to 497 from the current 207 a year.

Among them are Taiwan’s self-made Wan Chien air-to-ground missiles as well as the upgraded version of the Hsiung Feng IIE missile, the longer-range Hsiung Sheng land-attack missile which military experts say is capable of hitting targets further inland in China.

The ministry was also planning to start manufacturing unspecified “attack drones” with an annual production target of 48 such aircraft.

The military-owned National Chung-Shan Institute of Science and Technology is aiming to build 34 new facilities to manufacture missiles by the end of June, a move that would help meet “production peak” starting in 2023, the report said.

About 64% of the extra military spending, which came on top of planned military spending of T$471.7 billion for 2022, will be spent on anti-ship weapons such as land-based missile systems, including a T$148.9 billion plan to mass produce homegrown missiles and “high-performance” ships. read more

Taiwan President Tsai Ing-wen has made modernising the military a top priority, pushing for various defence projects including putting into service a new class of stealthy warship and developing its own submarines.

Tsai has championed the idea of “asymmetric warfare” by developing high-tech, highly-mobile weapons that are hard to destroy by an enemy and can deliver precision attacks.

She told a visiting U.S. delegation this week that China’s military threat is growing and vowed to defend the island’s freedom and democracy. read more

Taiwan believes China has thousands of missiles aimed at it, and Chinese forces dwarf those of Taiwan’s. China also has nuclear weapons, which Taiwan does not.

China has never ruled out the use of force to bring the democratic island under its control.