Students Across US Arrested for Viral School Threats ‘Challenge’ 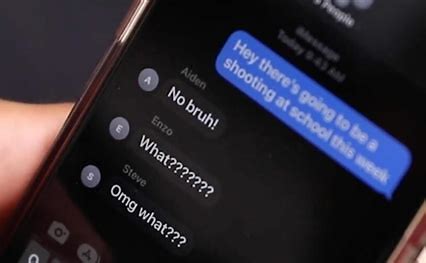 A dozen or more teens were arrested in multiple states last week for alleged participation in a viral social media trend that stirred school shooting fears across the United States, according to reports and local police.

The arrests on Thursday and Friday of male students in Connecticut, California, Florida, Illinois, Maryland, Ohio, Rhode Island, South Carolina, Texas, and Wisconsin came after schools increased security in response to the rumors, which spread like wildfire after the Nov. 30 school shooting in Oxford Township, Michigan, Fox News reported.

The boys arrested range in age from 13 to 16, according to local media reports.

“Threats — real or fake — have consequences, and the safety of our children is my top priority,” said Lee County Sheriff Carmine Marceno. “Anyone, no matter who they are, that issues a threat… will be tracked down, and you will go to jail.”

“As students, you must convey to your classmates these threats are not funny or cool,” Frisco Police Chief David Shilson said in a message to the community. “You must understand social media challenges that include this type of destructive behavior are not okay by you.”

US Department of Homeland Security officials said Friday that no “specific, credible threats” of actual violence had been found, but advised school officials to remain vigilant.

Despite that, several districts opted to cancel classes for the day or limit where students could go inside schools. Many others increased security staffing.

More than a half dozen school districts in the Houston area told middle and high school students to leave their backpacks at home Friday in response to the TikTok posts, though none of the districts had received credible threats, officials said.