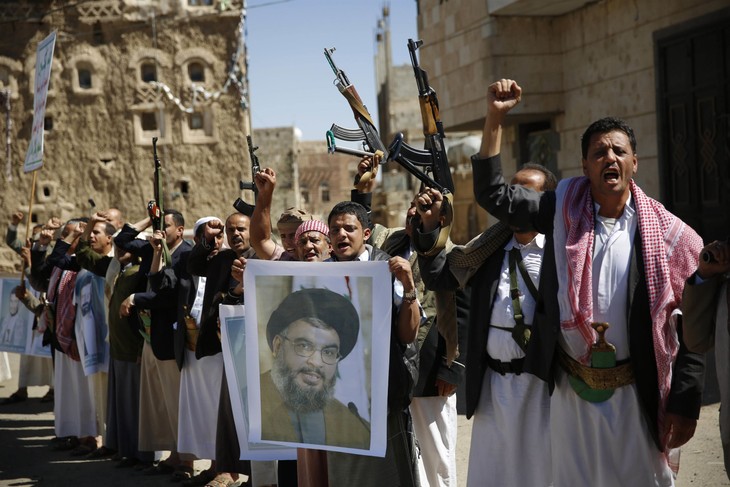 How’s that foreign policy working out now with Joe Biden? President Donald Trump brought a greater peace to the Middle East. Biden has brought on a deteriorating situation that’s about to explode into greater war.

Folks on the left are freaking out at him for bombing Iranian-backed militias in Syria, saying he only lasted about a month before he did such a military action and they’re not cutting him any slack.

Now it looks like the Iranian backed terror group the Houthis have just fired off a ballistic missile at Riyadh, Saudi Arabia and several other Saudi cities are also under drone attack.

Fortunately, the Saudis were able to intercept the missile aimed at Riyadh.

This also followed an explosion on an Israeli-owned ship in the Gulf of Oman which is similar to Iranian attacks there in 2019 and the Houthis increasing their attacks on Marib in Yemen.

Is this all coincidental that this comes after Biden has come in, lifting the terrorist designation on the Houthis without any concessions on their part or on Iran’s part, and indicated he’s willing to go back into the terrible Iran Deal? Not to mention Biden saying that he would end the support for the Saudis who were backing the internationally recognized government that the Houthis are trying to take out. Biden’s basically waving the flag to the Houthis and saying, “Come on,” and they are. It’s already a blood bath in Yemen.

People who are knowledgeable about the region and what’s going on laid it at Joe Biden’s feet.

One thought on “Situation Rapidly Deteriorating Because of Biden Moves, as Iran-Backed Houthis Fire Missiles at Saudi Arabia”