Simple Math Is About to Cause an Inflation Problem 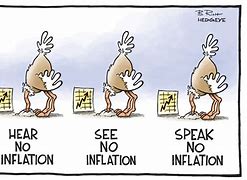 No economic question is being debated more hotly right now than whether the U.S. will see a sharp rise in inflation. But the answer for the next few months is simple: Yes.

Due to the way the government’s inflation metrics are calculated, what will appear to be significant price increases are all but guaranteed. The phenomenon is known as the base effect, a term worth keeping in mind when new figures make the argument even wilder.

Year-over-year comparisons will appear large for a host of economic indicators in coming months—in the U.S. and, for that matter, elsewhere in the world—after the pandemic and related business shutdowns curbed activity during the same periods in 2020. But arguably no data point is more in the spotlight on this front right now than inflation.

1. What is the base effect?

Inflation metrics are calculated on both a month-over-month and year-over-year basis. Economists and investors tend to look at the year-over-year figure, since there can be a lot of monthly volatility. But what happens when the month you’re harking back to coincides with the onset of a global pandemic? That’s where the base effect comes into play. Price indexes fell in March and April and stayed low in May amid lockdowns and widespread business closures. And while prices soon began picking up, the year-over-year increases for March-May will appear abnormally large as the upcoming figures are compared to the very low readings of last year.

For example, the unadjusted consumer price index (CPI) plummeted 0.7% in April 2020 from the prior month, the steepest drop since the end of 2008. That brought the index down to 256.389, just 0.3% higher than a year earlier. Since then, the gauge has risen in all but one month and currently stands at 263.014. Even in the unlikely event that the unadjusted CPI stays flat in coming months, the index will be 1.9% higher in March on a year-over-year basis, and up 2.6% in both April and May.

3. Which figures will it impact?

For one, the CPI figure for March, which will be released on April 13. The CPI, which was up 1.7% in February from the prior year, is a weighted “basket” of consumer goods and services. Its goal is to give a sense of to what degree the average American’s out-of-pocket spending is being affected by price changes. For instance, even if the price of breakfast cereal spikes, because it only makes up about 0.1% of the basket, the impact on the overall measure is modest.

4. Is the CPI the only figure that matters?

Economists often look at the “core” measure, or the CPI index minus food and energy—categories that tend to be volatile. The core CPI rose 1.3% in February from the same month last year. There’s also the personal consumption expenditures price index (PCE) that includes some things the CPI doesn’t, like medical care paid for by employer-sponsored insurance and Medicare. Because of the base effect it’s also poised to pop, though more generally it tends to rise at a slower pace than CPI. This figure is also important because it’s what the Federal Reserve uses as the basis for its 2% inflation target. While the PCE price index has had periods of briefly rising above 2%, the measure has largely held under 2% for more than a decade. The figure rose 1.6% in the year through February but is poised to rise above the Fed’s goal for a period as well.

The outsize numbers will come on the heels of a $1.9 trillion pandemic relief package signed by President Joe Biden, and in the midst of an intense debate about the path of inflation. Economists and Fed officials have warned about the illusory readings expected due to base effects, but that likely won’t stop some from viewing the figures as a confirmation that inflation is surging.

6. But will I still see prices rise?

Yes, some prices are likely to go up, perhaps sharply, for some period of time. That’s due to two ways that the pandemic has disrupted the economy. Producers are citing huge jumps in materials costs, and some companies have already said they plan to pass these costs along to consumers. Aside from merchandise, a surge in pent-up household demand for services such as airfares, hotels and theme parks in the wake of widespread vaccinations is set to push those prices higher. A massive build up of excess savings along with the latest stimulus package have also lined the wallets of many Americans who are ready to spend.

7. So, real inflation is coming?

Maybe. Whether any price increases that the end of the pandemic generates will be sustained — a key component of inflation in terms of policy making — is unclear. In addition, there are questions of how accurate inflation measures like CPI have been amid rapid changes in consumer spending habits.

8. What does the Fed think?

To some extent, a pickup in inflation would be welcome news for the Fed. Even at the tail-end of the longest U.S. economic expansion on record, inflation in 2019 fell short of the central bank’s 2% target. Fed Chair Jerome Powell has talked about both base effects and the potential for a burst in spending to create upward pressure on inflation. “In both cases, we don’t see those as either lasting or particularly large,” Powell said at a press conference in late January. Others aren’t so sure — instead expecting the price increases to last much longer than the jump due to base effects.