Side Effect of Moderna Vaccine may be a Delayed Skin Rash, Doctors Warn 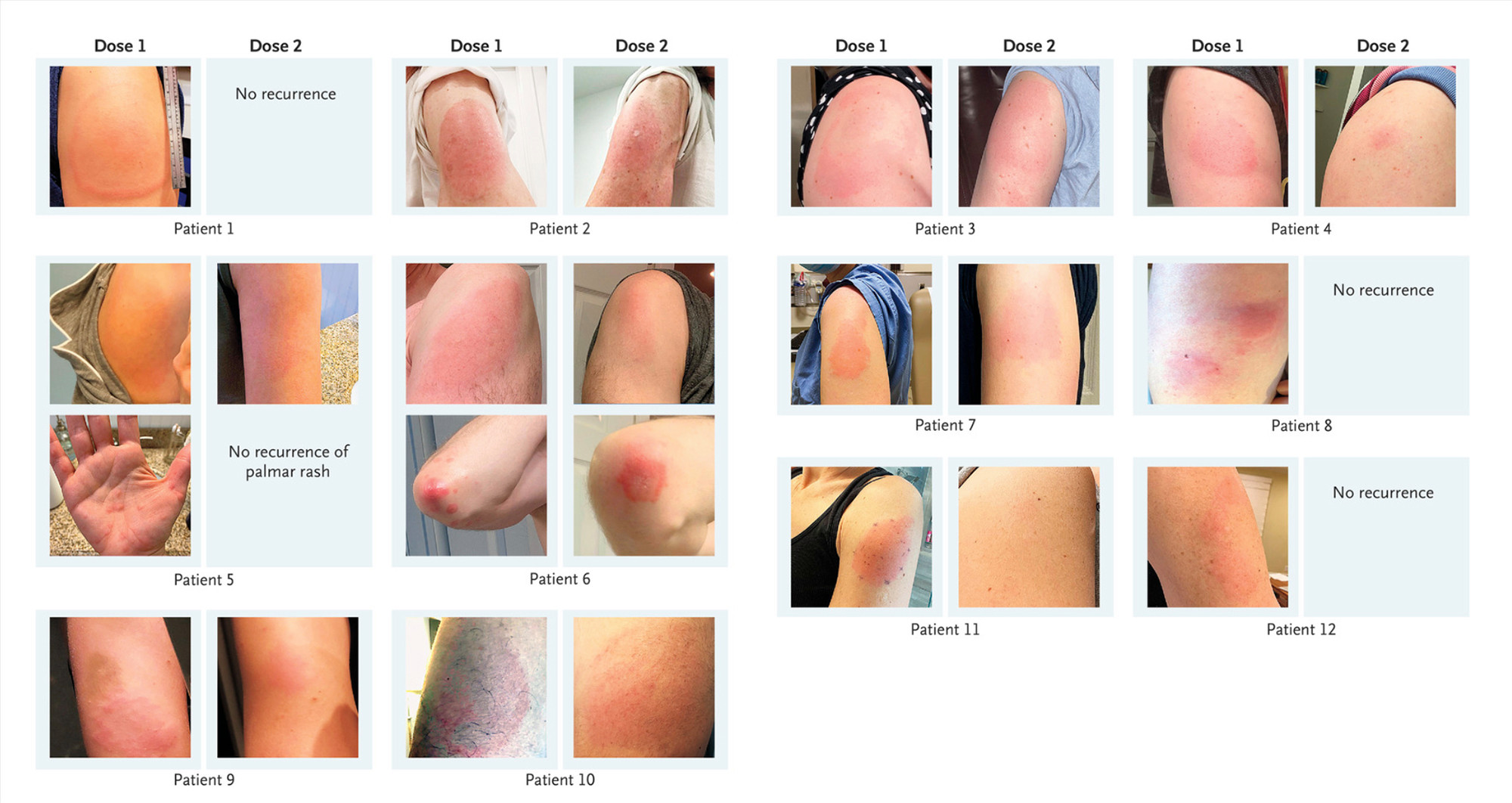 About 12 recipients in a 30,000-person trial have seen their arms turn red, sore, itchy or swollen about a week after receiving the first dose, according to a letter from doctors published Wednesday in the New England Journal of Medicine.

Five of the patients had large skin lesions more than 10 centimeters (4 inches) in diameter at the injection site, the letter said.

Two experienced the rash in other places, such as near the elbow and on the palm of the hand.

The rash appeared on average about eight days after getting the first jab, but then resolved itself in all of the cases about four or five days later, the report said.

“All 12 patients were encouraged to receive the second dose and completed their [Moderna] vaccination course,” the letter said.

Three of the patients experienced the same reaction after the second dose, while three of the others had skin issues that were less severe.

The doctors said the reactions appear to be harmless but could be mistaken for more serious conditions.

“Whether you’ve experienced a rash at the injection site right away or this delayed skin reaction, neither condition should prevent you from getting the second dose of the vaccine,” lead author Dr. Kimberly Blumenthal of Massachusetts General Hospital said in a statement.

“Our immediate goal is to make physicians and other care providers aware of this possible delayed reaction, so they are not alarmed, but instead well-informed and equipped to advise their patients accordingly.”