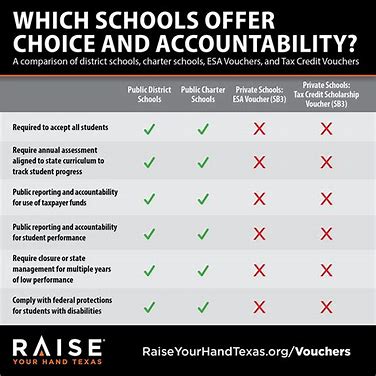 By Allen Zhong and Joshua Philipp

“When a parent can take their child and the money [from] a school that’s not working for them, and take them to another school, that’s instant accountability,” he said. “The school that’s losing that child and is presumably then losing other children, they’ll say: Look, we’re doing something wrong. If we don’t fix what we’re doing, we’re gonna go out of business.”

“That doesn’t exist in public schools,” he added.

McCluskey made the remarks when he appeared on EpochTV’s “Crossroads” program discussing a lawsuit against the state of Ohio about one school choice program.

The EdChoice program is an income-based program. It offers taxpayer-funded vouchers to students who choose private schools instead of their community’s public schools. The scholarship amount is $5,500 for grades K–8 and $7,500 for grades 9–12.

The program “provides students in grades K–12 the opportunity to attend a private school for little or no cost whose families meet the Federal Poverty Guidelines,” the Ohio Department of Education says on its website.

The plaintiffs claim the program violates the Ohio Constitution, which requires the state to fund a thorough and efficient system of common public schools.

The CCS states in the lawsuit that they’re going to lose 6,800 students and over $40 million of funding because of the EdChoice Program Vouchers.

McCluskey disagreed with the plaintiffs, the Vouchers Hurt Ohio coalition, and told Crossroads’ Joshua Philipp that the Ohio Constitution requires the state to fund a common school system, i.e., the public schools, but it doesn’t block the state from funding other schools including religious schools and other private schools.

The Epoch Times reached out to the attorneys who’re representing the Vouchers Hurt Ohio coalition in this lawsuit.

McCluskey said that parents in other states should also pay attention to the lawsuit.

McCluskey also shared his thoughts on homogenization and pluralism in education, saying homogenizing people in education is a “very dangerous thing.”

“The problem is that we are crushing freedom, we’re crushing pluralism while at the same time supporting a monopoly system,” he said.

In his viewpoint, assigning people to schools based on their home address is a terrible way to provide education because all children are different and communities are different.

More and more conflicts have happened between parents and school districts nationwide because parents “don’t feel like they’re being listened to,” McCluskey said.

It should be the parents’ role to decide which schools their children should attend and what they should be taught, he argues.

“The family that wants critical race theory [CRT] can seek out a school that teaches it … the family that doesn’t want CRT seeks out schools that don’t teach CRT or use it to inform their policies. Then we have peace, and then we have true pluralism,” he concluded.