Rockland County Deputy Mayor Indicted on 117 Counts for Weapons Arsenal, Allegedly Pretending to be a Cop 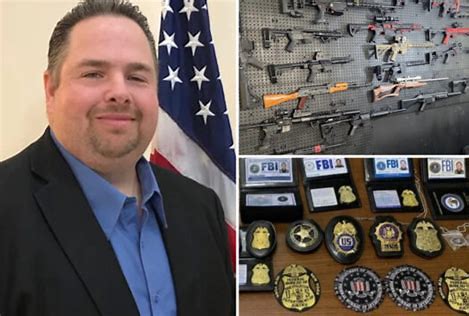 A Rockland County, New York deputy mayor has been hit with more than 100 felony charges after a raid of his home uncovered an arsenal of weapons and bogus police badges, prosecutors said.

Downey, through his lawyers, has denied the charges, the outlet reported.

Prosecutors said they began investigating after being tipped off by Homeland Security agents to a package being mailed to Downey’s home containing a firearm silencer. Further investigation revealed other packages had been delivered to his residence.

Downey acknowledged that weapons were not licensed in an interview with federal agents, according to the complaint filed in federal court.

“He stated that he lacked any registration or authorization for controlled firearms, such as the short-barrel rifle or the sawed-off shotgun,” said Daniel Suden, a special agent with the US Department of Homeland Security.