RED ALERT: The N.Y.S. ‘Politburo’ Has Just Made it Final: You can be Whatever Gender You Want. No More Gender Rest Rooms in NYS 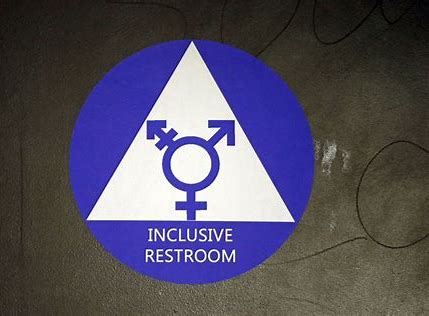 New York Does It: Every Resident Can Now Be Male, Female, or ‘X’

It’s official: New Yorkers may now be male, female, or neither.

So, if you’re getting a driver license in the state and feel you don’t fit an “M” or an “F,” you don’t have to be like any MF’s in the Empire State.

As reported by the New York Daily News, on state-issued documents — including birth certificates, permits, and licenses — residents will have a third option.

The change is owed to the Gender Recognition Act, which Gov. Andrew Cuomo signed into law Thursday.

“Today, we celebrate love and equality. On the 10-year anniversary of marriage equality, we can look back with pride on how that victory laid the groundwork for a decade of progress to protect and support the LGBTQ community.”

Democrat Sen. Brad Hoylman called to the notion of who people really are:

“Each and every New Yorker should be recognized for who they are by their government. But today, it remains incredibly hard for many New Yorkers to get the identification documents they require for travel, to get a job, and even to go to school. This bill will change that, making it easier for gender nonconforming, transgender, nonbinary, and intersex New Yorkers — including minors — to get ID’s that accurately reflect their identity.”

The law, it seems, alters the idea of what an ID is.

In times past, legal documentation was the government’s way of identifying you.

With the new measure, your license becomes your way of identifying yourself.

To a degree, they used to tell you who you are; now you tell them.

Previously, New Yorkers could only swing a switch via court approval, followed by a newspaper-of-record publishing of the name.

The publication requirement’s been nixed.

Furthermore, there’s a new system for gender change which allows court documents to be sealed.

Birth certificates will be easier to edit, too.

And for the first time, “parent” can replace “mother” or “father.”

Does that mean it may be unclear who provided the sperm or the egg? It seems so.

Back to licenses, New York’s not the first to allow folks to X themselves.

As I reported previously, New Jersey took the plunge in April.

[“X”] is offered not only to New Jersey residents who identify as non-binary, but for anyone who prefers that their gender not be specified on their license or ID.

And as for the Big Apple specifically, people could already be gender X on their birth certificates.

“America is a work in progress, but New York leads the way. It’s our courage that keeps pushing for change and pushing that dream of equality, and taking that next step forward.”

It’s definitely a step. Since the advent of the American ID, cards had reflected what was between a person’s legs.

But now, X can mark the spot.

3 thoughts on “RED ALERT: The N.Y.S. ‘Politburo’ Has Just Made it Final: You can be Whatever Gender You Want. No More Gender Rest Rooms in NYS”