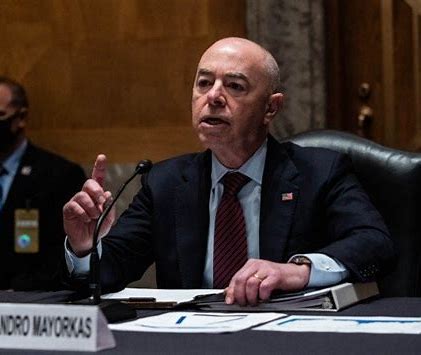 Residents of communities with lots of Children, BEWARE: YOU MUST VOTE OUT ALL LEFT WING POLITICIANS!!! THEY ARE EVIL

Try to make sense out of this…
The Biden Department of Homeland Security (DHS) Secretary Mayorkas is moving to end a police program in Massachusetts that has helped take child rapists, attempted murderers and carjackers off the street.

Last week, Mayorkas announced he was directing the Immigration and Customs Enforcement (ICE) agency to end its 287(g) agreement with Bristol County, Massachusetts, as well as terminating DHS use of detention facilities in Massachusetts and Georgia — both of which hold criminal illegal aliens.

The 287(g) program allows local police agencies to sign into agreements with ICE to seamlessly identify criminal illegal aliens and turn them over to federal agents for arrest and deportation.

Analysis from Center for Immigration Studies (CIS) Director of Investigations Jon Feere reveals that in Bristol County, the 287(g) program helped local police identify illegal aliens arrested and charged with egregious crimes against children and American citizens so as to more easily turn them over to ICE agents.