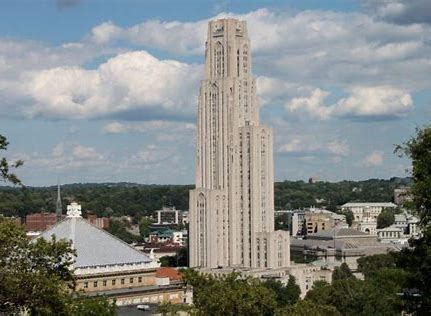 A publicly funded university is using federal grants to engage in grotesque experiments using aborted babies, yet those in positions to act have thus far been silent.

Nearly 100 members of Congress asked the Biden administration for details on the University of Pittsburgh’s federally funded research on aborted babies in a recent letter. Pitt officials should be working with law enforcement to conduct a full investigation of the grotesque, immoral, and potentially illegal actions the university has taken in its treatment of preborn human beings. Pitt should provide complete transparency regarding how the university obtains and experiments on these aborted babies.

Even Dr. Ronna Jurow, an ob-gyn who supports abortion, has raised significant concern over unethical treatment of aborted babies at Pitt. As an alumnus of Pitt, it troubles me to see my alma mater become a national hub for training students for controversial fetal experimentation, allegedly using staff employed by Planned Parenthood, the nation’s largest abortion business.

Just last year, it was revealed that Pitt has been engaging in experiments like scalping aborted babies and grafting their scalps to lab rats. Pitt researchers even proudly published pictures of babies’ scalps grafted onto the backs of rodents.

Some of these inhumane experiments at Pitt are being federally funded through grants from the National Institutes of Allergy and Infectious Diseases, run by Dr. Anthony Fauci. Thanks to a Freedom of Information Act request made by the Center for Medical Progress, we see in Pitt’s application for federal funding (i.e., your tax dollars) that Pitt is obtaining babies who have been killed and harvested through elective abortions. Harvesting organs and performing experiments on innocent human beings whose death was elective — aborted for convenience and without medical necessity — is wrong.

If that’s not alarming enough, Pitt has set racial quotas on their tissue orders. In their application, Pitt indicates their desire for half of the babies being experimented on to be minorities.  Allegheny County, the major metropolitan area from which Pitt-based abortion experiments draw patients for fetal tissue procurement, is 80 percent white and only 13 percent black. David Seldin, assistant vice chancellor for news at the University of Pittsburgh, claims this is explained by the experiments aiming to study kidney disease, which more greatly impacts people who aren’t white.

There is evidence that labor is being induced and babies delivered in a such a manner that the babies can still be alive when organ harvesting occurs. In Pitt’s application for federal funding, it asks for $3 million to significantly “ramp up” its fetal tissue collections.

In explaining why Pitt would be the best “distribution hub” for supplying large numbers of aborted fetal body parts to researchers, Pitt chillingly wrote that “We record the warm ischemic time on our samples and take steps to keep it at a minimum to ensure the highest quality biological specimens. We get feedback from our users and utilize this feedback to tailor our collection processes on a case-by-case basis to maximize the needs of investigators.”

Later in the application, Pitt describes “labor induction” as a “procedure that will be used to obtain the tissue.”  Seldin made a prepared statement on how the tissue is obtained, saying that ischemia time “refers to the time after the tissue collection procedure and before cooling for storage and transport.”

It’s of grave concern if the blood flow is reduced or cut off to access organs and tissue after those organs and tissue are being procured. “If it says ischemia time starts after tissue collection, that means that the baby is still alive at the time that they’re harvesting the tissue,” said Dr. Christina Francis in a recent interview with Fox News.

It’s bad enough that a publicly funded university is engaging in such grotesque experiments using aborted babies. But now we’re talking about the alleged use of aborted babies that were alive while their kidneys, livers, or hearts were cut out of their body.

Those In Power Are Silent

Pitt’s own words should spark a full investigation, yet despite this evidence, those in the positions to act have thus far been silent. Allegheny County District Attorney Stephen Zappala has done nothing. U.S. Attorney Stephen Kaufman declined to comment. Attorney General Josh Shapiro, an extremely pro-abortion politician with Planned Parenthood among his campaign donors, has given no response, except to tweet out his support for abortion-on-demand.

When the state government asked Pitt to testify in a May hearing on fetal experimentation, the university sent an employee who was just hired this year and who worked in an unrelated department, thus avoiding answers to fundamental questions about the experimentation process.

Subsequent statements from Pitt attempt to distance the university from its connection to abortion, with spokespersons like Seldin saying it does not perform abortion procedures and that Pitt is “not part of the tissue collection process.” But it’s hard to make this claim when the Pitt Biospecimen Core, the tissue bank that serves as the link between the mothers who consent to have their aborted child experimented on and the university obtaining the fetal tissue for experiments, is funded and operated in part by Pitt’s School of Medicine.

This should give all the more reason why Pitt, the tissue bank they use, and every other entity involved in obtaining and processing aborted babies for experiments at Pitt, including UPMC Magee-Womens Hospital, need to be investigated. (To note, Magee performs on average 500 abortions annually, according to recent records with the Pennsylvania Department of Health.)

Feeling the growing pressure for a full investigation, Pitt recently announced the hiring of an outside firm to conduct an “independent review,” but the firm has ties to the university. Hyman, Phelps, and McNamara is based in Washington, D.C., and one counsel for the law firm,  Michael Heesters, is an alumnus of Pitt.

How impartial and thorough this investigation will be is anyone’s guess, but one concern is the findings will be reported to the Board of Trustees. What will be shared with Pitt alumni? What about with taxpayers? Many questions remain unanswered.

Part of the stated mission of the University of Pittsburgh is to cooperate with governmental institutions to transfer knowledge. Pitt must voluntarily cooperate now with these same institutions and stop experiments on electively aborted human beings, and it shouldn’t take legislative action to make it happen.