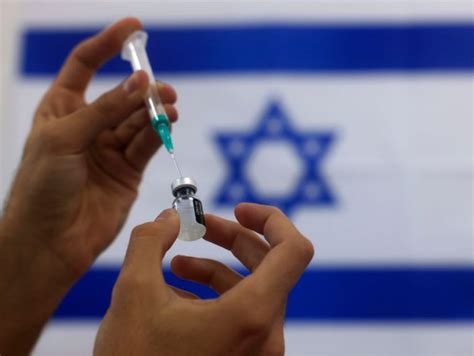 Pfizer Inc. chose Israel for a nationwide Covid-19 vaccination study, supplying enough shots to quickly inoculate the entire eligible population, after dozens of phone calls from its prime minister, sometimes in the middle of the night.

The country’s relatively small size and electronic health records that cover more than 99% of residents were two important reasons for siting the study in Israel, Pfizer Chief Executive Officer Albert Bourla said in an interview late Thursday with Israel’s Channel 12 news. But what tipped the scales in Israel’s favor was Prime Minister Benjamin Netanyahu’s persistence, which Bourla termed an “obsession.”

“He called me 30 times,” Bourla said. “He would ask me about the variants, what data we have. And I would say, ‘Prime Minister, it’s three o’clock.’ And he said, ‘No, no, don’t worry, tell me.’ Or he would call me to ask about the children, ‘I need to vaccinate the schools.’ Or to ask about pregnant women. So he convinced me, frankly, that he would be on top of it.”

Israel leads the world in pandemic vaccination after beginning its campaign in December. More than half the population has had at least one dose. The country also agreed to collect and share real-world data on how well the vaccine is working, turning its rollout into a case study for the rest of the world.

The Pfizer Inc.-BioNTech SE coronavirus vaccine blocked 94% of asymptomatic infections and stopped 97% of symptomatic cases, hospitalizations and deaths, the companies and the country’s health ministry said in a study published on Thursday