Pennsylvania Mail-In Voting Scheme Declared Unconstitutional After Seeing It in Action During 2020 Election: ‘Our Votes Were Just Thrown Away’ 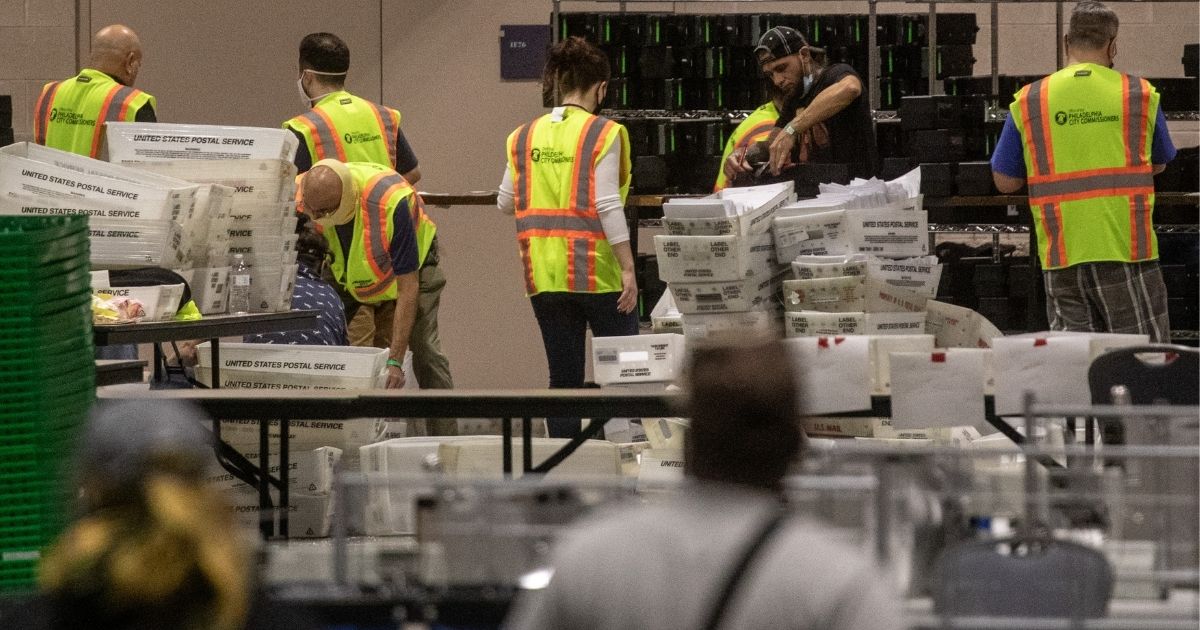 A Pennsylvania court Friday struck down Act 77, the 2019 law that among other changes established no-excuse mail-in voting in the state.

Doug McLinko, vice chairman of the Bradford County Board of Commissioners in Pennsylvania, filed the suit, arguing that he was unable to legally perform his duties as commissioner and certify the 2020 election because the law is unconstitutional.

McLinko described the 2020 Trump-Biden election as a “mess” thanks to Act 77 and told Just the News, “Our votes were just thrown away.”

Just the News reported that the legislation was supported by Republicans and Democrats and signed into law by Democrat Gov. Tom Wolf.

Republicans exchanged no-excuse mail-in voting, which the Democrats wanted, for ending the option of straight party-line voting on ballots, which Republicans favored.

Instead, voters would have to select each candidate individually.

However, according to the 2005 report from the election reform commission chaired by former President Jimmy Carter and former Secretary of State James Baker, absentee voting offers “the largest source of potential voter fraud.”

Commonwealth Court Judge Mary Hannah Leavitt concluded in her majority opinion Friday that Pennsylvania’s legislature did not have the constitutional authority to change the state’s strict absentee voting requirements.

Pennsylvania’s constitution requires votes to be cast in person, unless certain requirements are met, Leavitt wrote.

“No-excuse mail-in voting makes the exercise of the franchise more convenient and has been used four times in the history of Pennsylvania,” Leavitt explained.

“Approximately 1.38 million voters have expressed their interest in voting by mail permanently,” she added.

McLinko told Just the News after the ruling, “It’s a great day for common people, because common people can say, ‘Enough is enough.’”

Just the News reported that 14 state House Republicans also filed a lawsuit against Act 77 in August and their suit was combined with McLinko’s.

According to the Pennsylvania Department of State, approximately 4,216,000 ballots were cast in person in the 2020 general election, while 2,637,000 absentee ballots were submitted.

Absentee ballots played a decisive role in Democrat Joe Biden defeating then-President Donald Trump in the Keystone State. Trump’s 600,000 vote lead the morning after the election in Pennsylvania dwindled and eventually disappeared in the following days as absentee votes continued to be counted.Advertisement – story continues below

Even if every one of those absentee ballots — which did not require signature verification and could arrive up to three days after the election — were valid, it certainly did not inspire voter confidence in many in the the outcome.

Wolf announced his administration is appealing the Commonwealth Court’s decision to the Democrat-controlled Pennsylvania Supreme Court, which green-lit the election procedural changes the governor’s team made in 2020 without legislative approval.