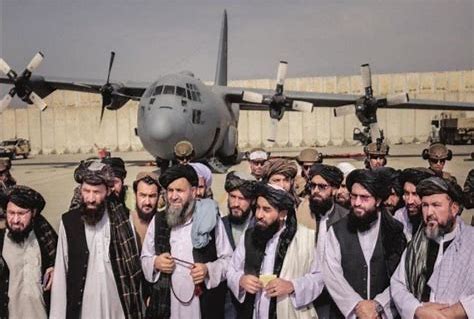 The humanitarian appeal of the Afghan refugee cause has to be weighed against the Jewish community’s right to self-defense.  The scales aren’t even close.  It’s virtually impossible to safely vet asylum seekers from terrorist hotbed countries, which is why Trump banned immigration and travel from them, though it was falsely labelled a “Muslim travel ban.”  The Government cannot guarantee safe vetting of potential jihadi.  Their intelligence gathering capabilities are proving to be abysmal.

In a bizarre first, the Biden administration commandeered private jetliners from Delta Airlines to transport Afghan evacuees.  A Jewish pilot was featured on CNN invoking his own family’s history of the Shoah to justify mass immigration of potential jihadi.  The Jewish Far Left says the same thing of the Syrian refugee cause, that we were historically displaced and “they’re just like us.”  You cannot virtue signal Politically Correct inclusion, tolerance, and multiculturalism and protect Jews from terror attacks, because we’re targets.  If “citizens of the globe” are going to liken Afghan refugees to Holocaust Jews, let’s do a compare and contrast.  They’re kind of asking for it.
The ghetto Jews were barely armed and still fought bravely against all odds, facing certain death against the crushing force of the Third Reich.  The Afghans had an army and allies.  They received billions of US tax dollars in weapons, training, equipment, and resources.  A member of British Parliament warned Pres. Biden that he should “be careful” how he talks about the Afghan army, because he never served himself.  I’m sorry, but they deserted!  In most countries, that is considered dishonorable and also punishable by death.  Are we to the point now where Afghan deserters deserve a ticker tape parade, maybe?

America has a long-standing policy of arming former enemies in these quagmires, who later turn on us, particularly in Afghanistan.  Contact your elected officials and tell them any local absorption of Afghan refugees puts Jewish lives at risk.  “America first” means putting Jewish Americans’ security before dubious “allies” of the Afghan War.  On humanitarian grounds, they can be resettled in neighboring Tajikistan, a Muslim Tatar country friendly to the West, already being used for anti-Taliban activity.  It’s a big world.  They can be better off anywhere in the world, but they’re not entitled to US citizenship, nor did they “help us.”  We were there helping them, and we paid them personally to help us help them.

The open borders crowd always preaches that we are a “nation of immigrants.”  If your family made it onto a liferaft, does that mean you owe it to your follower to make room for them because you’re privileged, even if the overcrowding is sinking the raft and everyone on it?  Every immigrant who is not an entrepreneur takes jobs, housing, and benefits away from some American somewhere.  We owe our loyalty to the people who live here and pay taxes.  There is no way for an immigrant not to unfairly compete against Americans.  They do the same work for less pay, creating a race to the bottom, as wages are depressed.  This is precisely why the wage gap shrank under Trump’s protectionist immigration policy.  Second of all, Jews are being discriminated against with quota systems through the Democrats’ “racial equity” diversity hiring campaign.  The playing field is being increasingly slanted against us with barriers to entry, as we have been reporting.  Third, it seems likely that the promised “infrastructure” public relief jobs will create opportunities for Afghan refugees in need of employment, otherwise they would become a burden.  Even if an Afghan job seeker is more qualified than his American competitor, and takes his job based on the merit system, it would still be unfair.  The American worker should not have to compete with better qualified foreign talent imported to eat his lunch.  Both parties sold us out on this issue before Trump came along, because they have a weakness for cheap labor.  US immigration under Biden is being called a “crisis at the border,” as thousands pour across daily with nothing to do and nowhere to go and mouths to feed.  Increasing immigration means increasing the labor supply, as wages, job growth, and housing remain stagnant, and inflation soars.  We’re experiencing stagflation.  The reports of unfilled jobs and worker shortages are in the service sector, primarily hospitality, where the jobs don’t pay a living wage, so these are not good jobs.

How many more innocent people have to get hurt before Americans start taking the threat of radical Islam seriously and stop importing anti-Semitism?

Immigration doves are hawkish.  Jonathan Greenblatt of the ADL accused Tucker Carlson of “white supremacy” for speaking out against open borders and tried to have his TV show cancelled.  Greenblatt, a former Obama staffer, stated repeatedly that opposition to open borders is the ideology of white supremacy.  So, I’m a fascist, is that it?  I document Holocaust history for posterity and I’m a fascist because I agree with MAGA, the cause of putting America first!  This is exactly why Trump won and Brexit happened.  Uncontrolled Muslim immigration brought about the fall of the fortress of Europe.  The Muslim Brotherhood have said they plan to destroy Israel with demographic attacks by flooding her with immigrants to stack the deck with votes in Israeli elections.  When Western nations cut off the flow, Politically Correct Globalists cry racism.  I volunteered in an immigration detention center, working with an asylum seeker.  Not everyone can say that.  So, excuse me, but I don’t think I can be xenophobia shamed.
Who are the real racists?  White saviorism is the white man’s burden of the generation on the Left.  American exceptionalism is the white saviorism of the Right.  If our boys promised green cards to their “allies,” how is that different from the old time salesmen of the Brooklyn Bridge?  New York doesn’t owe a schmuck the Brooklyn Bridge just because he had a deal with the seller.  Our jobs are being offered to foreign nationals by troops playing Santa Claus and it’s not theirs to give.

The Afghan refugees deserve chesed.  They deserve to be rescued.  They’re not entitled to move into America and carve out a piece of the pie.  Frankly, there’s not enough pie to go around.