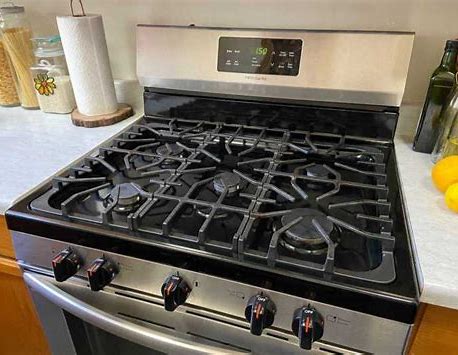 The city is banning gas appliances in new housing.

New York City Council voted to ban the installation of furnaces, boilers, hot water heaters, and cooking stoves that burn fossil fuels in new buildings lower than seven stories constructed after 2024, and in buildings over seven stories beginning in 2027. The ban is a way to reduce the city’s emissions of greenhouse gases that are associated with rising global temperatures. Buildings are responsible for 70 percent of the city’s greenhouse gas emissions, chiefly carbon dioxide. New York City is following in the footsteps of other cities run by progressives like San Francisco, Oakland, Berkeley, in California, and Ithaca in upstate New York. In contrast, as of July, 19 states run by Republican legislatures have passed bans against municipal electrification mandates.

Home Innovation Research Labs researchers associated with homebuilder lobbying associations and other construction groups have calculated that the additional construction costs of full electrification of a new house versus a comparable new house using natural gas would range from between $3,988 and $11,196 in a warm climate (Houston), $3,832 and $14,495 in a mixed climate (Baltimore), and $10,866 and $15,100 in a cold climate (Denver and Minneapolis). The researchers estimate that the costs for retrofitting a house that currently uses natural gas for heating, hot water, and cooking ranges between $24,282 and $28,491. Simply replacing worn out gas-fired appliances would cost between $9,767 and $10,359.

The researchers further reckon that the higher installation costs depending upon which mix of electric appliances were deployed would be paid back in energy savings in warm Houston between 27 and 64 years. Of course most equipment doesn’t last that long. The installation costs would never be paid back in energy savings in cold climate cities like Minneapolis. Then again, a July 2021 study in Environmental Research Letters finds that 32 percent of single family houses in the U.S. could or have already reduced their energy bills by installing an electric heat pump.

The Consumer Energy Alliance, another industry-allied group, calculated earlier this year that retrofitting all houses that are currently using natural gas for heating, hot water, and cooking would cost $258 billion.

On the other hand, the Rocky Mountain Institute (RMI), an energy think tank with the stated goal of transforming the global energy system to zero-carbon emissions, finds that electrifying new single family homes is actually cheaper than one that uses a mix of gas and electricity. For New York City, RMI’s researchers calculate the upfront costs for installing natural gas in new houses averages $21,600 versus $18,700 for full electrification. In addition, total annual utility costs (gas and electricity) for a new house using gas appliances would be $4,310 compared to $3,880 for an all-electric house. In addition, proponents of the natural gas ban argue that the damages of climate change are not being taken into account when comparing the costs of residential electrification versus natural gas consumption.

In contrast, the American Gas Association (AGA) finds that amortizing the costs of electric appliances plus utility bills would increase the average residential household energy-related costs by between $750 and $910 per year, or about 38 percent to 46 percent.  The AGA also cites data showing that burning natural gas to produce electricity (40 percent of U.S. electricity is currently generated that way) is highly inefficient compared to using it directly to fuel residential appliances.

“When used directly for cooking, clothes drying and home and water heating, natural gas has a source-to-site efficiency of 92% — meaning nearly all of the energy contained in the original gas is utilized in appliances. However, when natural gas-fired power plants generate electricity for these same appliances, the efficiency is only 37%,” observed Dave Schryver, the CEO of the American Public Gas Association in 2018 op-ed. Proponents of full residential electrification will, of course, counter that this is not relevant in the long run since future electric power generation will increasingly consist of solar, wind, and other zero–carbon emissions sources.

Another big issue is that residential consumption of electricity and natural gas tend to coincide. If natural gas is banned, that means more electricity will be demanded by customers at peak times which in turn means spending more to strengthen the electric power grid. The flip side of that issue is that as more homeowners are switched to electricity, the ones still burning natural gas will have to pay ever higher rates in order to maintain the residual distribution systems.

“With electrification mandates the benefits can be relatively easily quantified using the carbon content of various fuels, but the costs are poorly understood,” observes University of California, Berkeley economist Lucas Davis in his January 2021 National Bureau of Economic Research study. In order to try to understand those costs, Davis devises an econometric model that aims to figure out how much more annual income householders would want to compensate them for being mandated to heat their homes using electricity versus natural gas. Once he cranks through his model, Davis finds that people in warmer states would only be about $500 worse off from an electrification mandate. On the other hand, residents of cold states like New York, Massachusetts, and Michigan would $3,000 worse off.

With respect to the goal of reducing greenhouse gas emissions, there would be no need to mandate building electrification if it were already cheaper than the fossil fuel alternatives for heat, hot water, and cooking. In fact, Davis points out that “the percentage of U.S. homes heated with electricity has increased steadily from 1% in 1950, to 8% in 1970, to 26% in 1990, to 39% in 2018.” Why? According to Lucas, the biggest factor is falling residential electricity prices since 1950 compared to rising natural gas and heating oil prices. In other words, the adoption of electric home heating has been proceeding expeditiously without mandates.