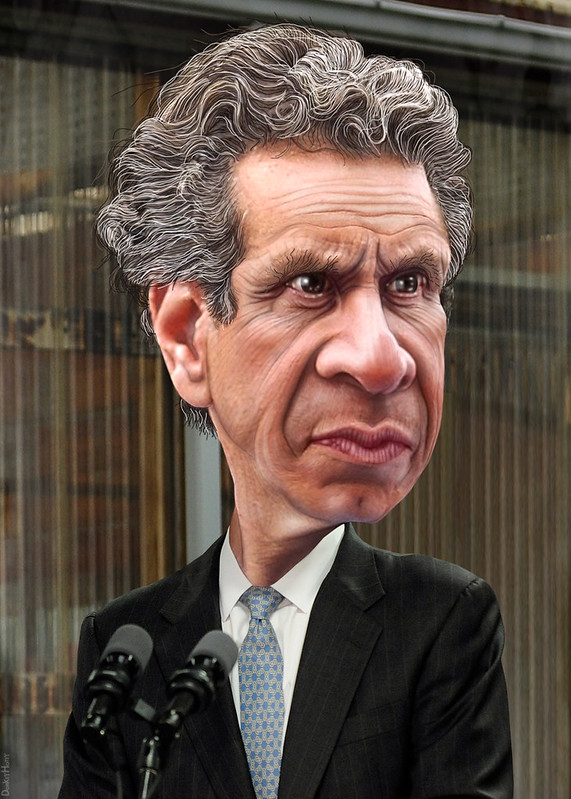 Gov. Andrew Cuomo, D-N.Y., produced a memoir last year with the help of government staffers who took steps to lessen the impact of a then-imminent Health Department report detailing the coronavirus death toll at nursing homes, a new report said.

“American Crisis: Leadership Lessons from the COVID-19 Pandemic,” was published by Crown Publishing in mid-October. Cuomo received an offer exceeding $4 million, according to The New York Times, and had pitched the book focusing on his image as a hero of the pandemic.

The Times said Cuomo’s lucrative book deal coincided with his most senior aides reshaping the nursing home death report to protect the governor and maintain his image.

Cuomo enlisted top aides Melissa DeRosa and Stephanie Benton, as well as junior staffers, to assist in writing and editing the manuscript.

While helping to edit early drafts and attending video meetings with publishers, DeRosa and other top aides were worried about the Health Department report, which threatened to reveal a much higher nursing home death total than the state had announced.

The governor’s office later admitted it removed the higher death toll numbers from early drafts of the report, issued July 6. The number cited in the report omitted thousands of nursing home residents who died in hospitals.

The report basically cleared Cuomo and his administration of fault in its handling of nursing homes despite a March 2020 state memo asking such facilities to take in or readmit residents who had tested positive for the disease.

The Times said Cuomo used the resources of his office to produce the manuscript. Examples occurred in late June and early July last year, when Benton twice asked assistants to print and deliver portions of the book to Cuomo at the Executive Mansion in Albany, N.Y.

One Benton directive came on June 27, when DeRosa, secretary to the governor, and several other top advisers held an impromptu teleconference to discuss the Health Department draft report.

Richard Azzopardi, a senior adviser to the governor, on Wednesday denied there was any link between the book and the Health Department report.

“There is no connection between the report and this outside project, period,” Mr. Azzopardi said. “And any suggestion otherwise is just wrong.”

He said the July 6 report was intended to examine whether the administration’s policies “contributed to increased deaths, and not be a full accounting” of all nursing home residents who died.

Cuomo began writing the book as early as mid-June — three months after COVID-19 took hold in the country and forced lockdowns and restrictions nationwide — based on emails and an early book draft obtained by Times.

By relying on aides and junior staffers for such things as editing and minor clerical work, Cuomo potentially violated state laws prohibiting use of public resources for personal gain.

One aide to the governor said she and others were asked to assist in typing or transferring notes for Cuomo’s book, which he composed in part by dictating into a cellphone. She spoke on the condition of anonymity for fear of retaliation.

“Sorry lady can u print this too and put in a binder,” Benton wrote to another female staffer on Sunday, July 5. “And drop at mansion.”

That request was to print a 224-page draft entitled “MDR edits” — a reference to DeRosa, who had sent the draft to Benton on July 4, according to the emails.

Azzopardi said DeRosa and Benton “volunteered on this project” during their free time, something “permissible and consistent with ethical requirements” of the state.

He added, “every effort was made to ensure that no state resources were used in connection with this project.”

“To the extent an aide printed out a document,” Azzopardi said, “it appears incidental.”

Cuomo, 63, has not disclosed how much he was paid for the book, which was published in mid-October as a second wave of the coronavirus began to expand in New York. The book, a retelling of the battle against the virus in a state where nearly 50,000 people have died, earned a fleeting spot on the best-seller list.

Besides the nursing home scandal, Cuomo has been accused of sexual harassment by several women.