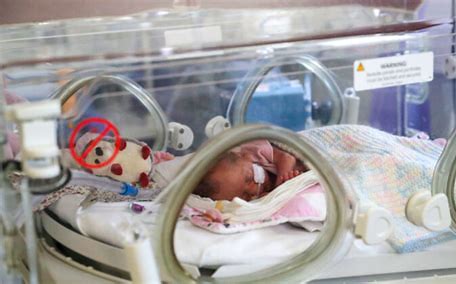 A hospital in upstate New York won’t have the capacity to deliver babies after six employees in its maternity ward resigned instead of taking the COVID-19 vaccine as part of an executive order handed down by former Gov. Andrew Cuomo several weeks ago.

Lewis County General Hospital in Lowville said it will work with state officials to ensure that the maternity unit doesn’t shut down permanently, officials said, WWNY-TV reported. Six employees who were employed in the unit resigned, while seven more who are apparently not vaccinated are undecided, Lewis County Health System Chief Executive Officer Gerald Cayer said.

Due to the staffing shortage, the hospital won’t be able to deliver newborns, Cayer said.

“If we can pause the service and now focus on recruiting nurses who are vaccinated, we will be able to reengage in delivering babies here in Lewis County,” Cayer said at a news conference on Sept. 10.

About 165 hospital employees haven’t yet been vaccinated against COVID-19, the disease caused by the CCP (Chinese Communist Party) virus, Cayer said. That’s about 27 percent of the workforce, he said.

“Our hope is as we get closer (to the deadline), the numbers will increase of individuals who are vaccinated, fewer individuals will leave, and maybe, with a little luck, some of those who have resigned will reconsider,” Cayer said. “We are not alone. There are thousands of positions that are open north of the Thruway [a highway system spanning upstate New York], and now, we have a challenge to work through, you know, with the vaccination mandate.”

In August, Cuomo, a Democrat who resigned over alleged inappropriate behavior with staffers, issued an order that all health care workers in New York state must get their first COVID-19 shot by Sept. 27. And last week, President Joe Biden issued an announcement saying that health care workers at facilities that receive Medicaid or Medicare funding have to get vaccinated, with no exceptions, with officials estimating that 50,000 such employees would be affected by the mandate.

Hospital workers in California, Tennessee, and Texas have demonstrated against recent vaccine mandates. In June, a number of employees at Houston Methodist hospital in Texas walked out during their shifts to protest the company’s vaccine mandate.

Biden’s announcement also targeted more than 80 million workers who are employed at companies with 100 workers or more, saying that these employees have to either get a COVID-19 vaccine or be tested weekly for the CCP virus. Although few details have been released about how it would be enforced, some officials said harsh fines would be imposed if workers don’t adhere to the mandate.