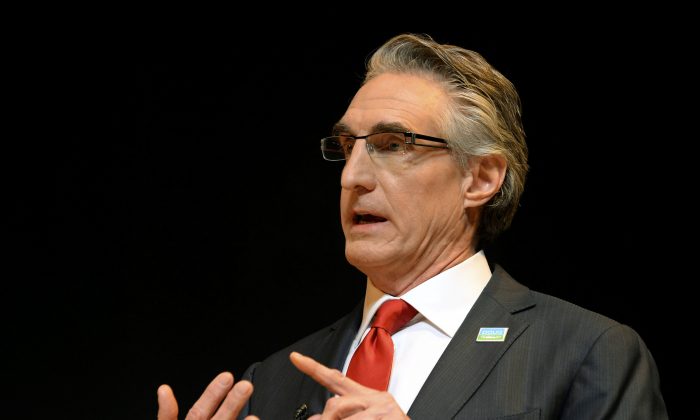 Argues that this Bill is unnecessary, since there are other built in protections for female sports teams

Burgum, a Republican, argued in a letter (pdf) to the speaker of the state’s House that the state already has sufficient rules in place governing the issue. He also warned that since the bill, House Bill 1298 (pdf), does not apply to tribal or privately-funded schools, it could create potential for “an unleveled playing field.” (Pun intended?)

“North Dakota today has a level playing field and fairness in girls’ sports. House Bill 1298 purports that this long fairness is in immediate danger. There is no evidence to suggest this is true,” Burgum wrote.

He said the North Dakota High School Activities Association (NDHSAA) Board already has regulations in place for transgender male athletes who wish to participate in girls sports, including requiring the student to undergo testosterone suppression treatment for a full calendar year before they are eligible to compete.

“If a question should arise related to a transgender student and athletic competition, the NDHSAA, parents, child, their health care provider, their school and their coaches are in the best position to manage that unique situation, especially given the child’s right to privacy,” he added.

It comes amid an effort by Republican-led states to enact laws that would bar biological males from participating in women’s sports. The bills also acknowledge the inherent biological differences between male and female student-athletes. Mississippi, Tennessee, and Arkansas are among the states that have signed such a bill into law.

HB 1298 prevents a public K-12 school from allowing an individual of the opposite sex to participate in an athletic team that is exclusively for females or exclusively for males.

“It upholds 50 years of progress and protecting women against discrimination and advocates for the preservation of the biological base standards for female sports competition,” said Rep. Kathy Skroch, a Republican state lawmaker who supports the bill, told the Bismarck Tribune when the bill passed the House.

Rep. Ben Koppelman, the lead sponsor of the bill, did not immediately respond to The Epoch Times’ request for comment.

Earlier this month, the National Collegiate Athletic Association (NCAA) Board of Governors issued a statement that it “firmly and unequivocally supports” transgender sports.

NCAA also addressed questions about how the association determines which states will host championship games amid a backdrop in which sporting organizations are making decisions about where to host their championship games over political considerations. It comes after Major League Baseball decided to move this year’s All-Star Game from Atlanta over Georgia’s voting reforms.

“When determining where championships are held, NCAA policy directs that only locations where hosts can commit to providing an environment that is safe, healthy, and free of discrimination should be selected,” the NCAA board wrote.

(EDITORS COMMENT) It would appear that the “Transgender disease,” generally touted by Democrats and opposed by Republicans is “Transmigratory” (Yes! Pun Intended)