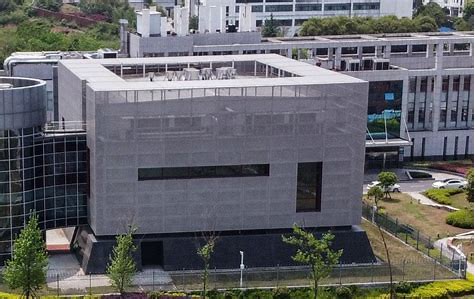 Slowly but surely, details of the crimes committed by the Fauci/Daszak illegal support of Wuhan Lab are emerging

Non-profit EcoHealth Alliance, which funneled millions of dollars in National Institutes of Health grants to the Wuhan Institute of Virology, received a taxpayer-funded bailout in February 2021.

The bailout was the second received by EcoHealth since the start of the COVID-19 pandemic. After receiving $738,861 in a bailout in May 2020, EcoHealth got an additional $719,570 in February of this year, according to a new report from watchdog group Whitecoat Waste.

The bailout funds were a part of federal COVID-19 relief packages passed under both the Trump and Biden administrations.

EcoHealth Alliance head Peter Daszak was the only American member of the China-led World Health Organization Team dispatched to China to search for the origin of COVID-19. Daszak has a past involving dangerous gain-of-function research on bat-based coronaviruses, which some have speculated could have played a role in a potential lab-leak origin of the pandemic.

A complaint filed in March alleged that EcoHealth violated federal law by not disclosing its taxpayer funding. As for Daszak, it was revealed earlier in 2021 that he hid his involvement in organizing a pro-China, anti-lab-leak statement early in the coronavirus pandemic.

Just weeks before the outbreak of the COVID-19 pandemic, Daszak publicly discussed how easy it is to manipulate bat-based viruses in a lab setting, and detailed his prior work on the subject. As a member of the WHO investigative team, Daszak helped convince fellow investigators that a trove of missing data from the Wuhan Institute of Virology was irrelevant to their search for the origins of COVID-19.

Due to its history of helping move U.S. grant money to the Wuhan Institute of Virology, EcoHealth has been a key part of the lab-leak origin hypothesis, which posits that COVID-19 was leaked due to a lab accident after being manipulated for gain-of-function research. (RELATED: Did Coronavirus Come From A Lab? Ten Key Takeaways From A Shocking New Report)

The WHO has walked back early claims that the lab-leak theory should be ruled out, and a growing number of government officials and media figures have expressed interest in the theory as a possible explanation for the pandemic.