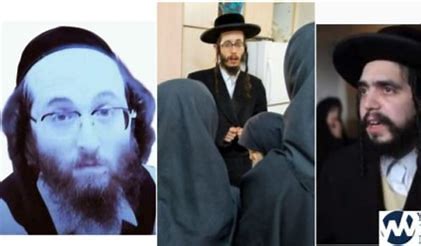 With the trial of several members of the Lev Tahor cult drawing to its close, additional details have recently emerged regarding the kidnapping of which the cult leaders have been convicted – they have yet to be sentenced. The incident concerned took place in 2018, when several of the cult’s leaders organized and executed the removal of two children, a brother and sister, from their mother’s home in New York, taking them to Mexico in an attempt to restore them to the cult after their mother had made the decision to leave.

The new revelations were made in a Mexican media site, El Pais, and describe how an operation coordinated between the FBI and Mexican police initially failed to locate the children in the house to which they had been traced. The house, on a hill in the small town of San Miguel, was surrounded by trees and situated between narrow, winding streets. Neighbors were aware that strangers were living there – “It was easy to see that they weren’t locals,” related one woman. “They had white skin.”

At three o’clock in the morning on December 18th, 2018, the FBI with Mexican police officers raided the house. It took them just six minutes to find and arrest the two cult members they found there, Nachman Helbrans (the children’s uncle and the cult’s leader), and Mayer Rosner. However, “around an hour of feverish searching, while agents had their guns aimed at us from all directions, failed to turn up the children,” Helbrans and Rosner later noted in their testimonies. “Almost instinctively, my niece and nephew jumped into a closet and hid themselves beneath the clothing, and amazingly, neither the FBI nor the Mexican police found them,” Helbrans added.

After the police left with Helbrans and Rosner, the children emerged from the closet and found a telephone that somehow hadn’t been seized by the police. They searched through the call log and dialed the last number that had been called, that of another Lev Tahor member. Cult members then arrived to pick up the children and took them to a series of new locations where they were subsequently identified on security camera footage.

All the same, it took police another nine days to catch up with them. On December 27th, three weeks after the two children were originally seized from their mother’s home, the children were located in a three-star motel in a Mexican town over 4,000 kilometers from their home in the United States. The rescue ended at half-past-ten in the morning. The day before, Nachman Helbrans, the brothers Yaakov and Mayer Rosner, and two others had been taken by Mexican police to New York where they were arrested the moment they set foot on American soil. The children were returned to their mother.

“I don’t like calling them the ‘Jewish Taliban,’” relates Yoel Levy, a 20-year-old who was born and grew up in Lev Tahor before fleeing three years ago. “I think being in Lev Tahor is even worse than that.”

His family was one of the first to join the cult. The trial of the kidnappers has encouraged more people to speak out against the group and their evidence is currently being heard. Yoel’s brother Mendy Levy, who also fled from the cult, told local media, “They treat children worse than animals. The abuse starts immediately after birth.”

The Levy brothers submitted a claim against Lev Tahor in Guatemala, in October of this year, alleging physical and psychological abuse. They say that the case has stalled. “The authorities haven’t done anything,” Mendy says. “They have lots of cases of child abuse there related to the cult, some of them dating back just a few weeks, some several years, but the authorities don’t do anything.” Two years ago, the two Levy brothers traveled to Guatemala in order to demand of the authorities that they take action against Lev Tahor – apparently to no avail.

The kidnapping case, as mentioned above, dates back to 2018, and was particularly shocking due to the fact that it occurred on Shabbat. Several prominent cult members seized the children from a home in Woodridge, Brooklyn, at around three o’clock on Saturday morning, placing them in a vehicle driven by Aharon Rosner who took them to Scranton, Pennsylvania. There they were handed over to Nachman Helbrans who accompanied them on their flight to Mexico, desecrating Shabbat.

The children as well as Helbrans were disguised in clothing unlike their usual garb, items that were purchased a few days before the kidnapping in New Jersey by two Chassidic men, demonstrating the prior intent to commit kidnapping. The kidnappers used disguises, false documents, and various other means

May 10, 2022 Editor
The American Jewish Community