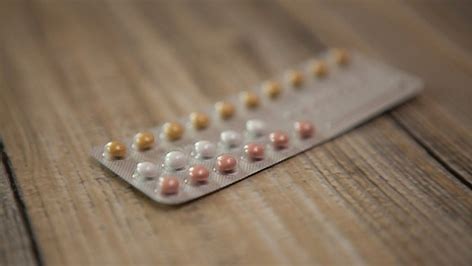 April 13 (UPI) — The Biden administration has approved for abortion medication to be dispensed through the mail during the coronavirus pandemic.

In a letter sent Monday to two physician organizations The American College of Obstetricians and Gynecologists and the Society for Maternal-Fetal Medicine, Acting Commissioner of Food and Drugs Janet Woodcock said the FDA would “exercise enforcement discretion” concerning the in-person requirement for dispensing mifepristone, the first of two-drug regimen to end an early pregnancy.

Woodcock said a review of relevant literature found there does not appear to be safety concerns with removing the in-person requirement that during the pandemic comes with its own health risks.

The change allows for women to receive mifepristone through the mail by or under the supervision of a certified prescriber or through a mail-order pharmacy, Woodcock said.

The FDA first approved for abortions to be induced by medicine when it allowed for the use of the two-dose Mifeprex in 2000. According to the FDA, one seeking to end an early pregnancy will orally take 200 mg of Mifepristone, which is followed between 24 to 48 hours by 800 mcgs of misoprostol. A follow-up appointment with a healthcare provider is to be conducted between seven and 14 days later.

Until the change on Monday, mifepristone could only be dispensed in clinics, medical offices and hospitals under the supervision of a healthcare provider.

Health officials, including the ACOG, have advocated for years for the FDA to remove the in-person requirement for the abortion drug as they seek to improve access to quality women’s health care.

The decision by the FDA follows the Supreme Court in January ruling against allowing the pill to be sent via mail.

The Trump administration had appealed a July injunction that permitted the change, which the conservative-leaning Supreme Court ruled in favor of 6-3.

Anti-abortion groups condemned the FDA’s decision, with Live Action calling it “reckless” and March for Life saying the Biden administration was prioritizing abortion over women’s safety.

The FDA said its decision followed a letter sent to the FDA in April 2020 by the two organizations, and Woodcock replied on March 19 that they evaluating the issues they raised.

On Tuesday, the ACOG said it “applauds” the FDA for seeing the safety and efficacy of the drug rather than making decisions against comprehensive reproductive healthcare based on political bias.

“Mifepristone itself has demonstrated through both clinical study and decades of use, to be a safe, effective medicine,” Eva Chala, chief executive officer of ACOG, said in a statement. “Requiring the medicine to be dispensed in person, then taken elsewhere at the patients’ discretion, is arbitrary and does nothing to bowser the safety of an already-safe medicine.

3 thoughts on “Murder by Mail?”