Move Along: Media Goes From Ignoring to Rebutting Durham Revelation that Dems Spied on Trump 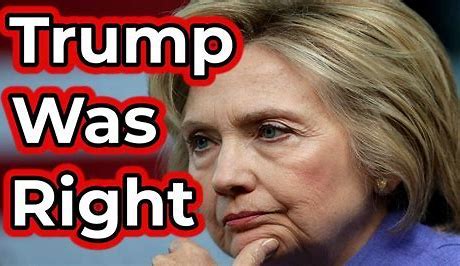 By Valerie Richardson and Jeff Mordock– The Washington Times

Mainstream media outlets have slowly begun to acknowledge the explosive Durham court filing, but as far as many are concerned, there’s nothing to see here.

After ignoring the story that broke Saturday, a few left-tilting news sites bestirred themselves late Monday with articles focused on rebutting or downplaying reports on special counsel John Durham’s revelation that he had evidence of Clinton-linked data-mining aimed at tying President Donald Trump to Russia.

The Washington Post greeted the disclosures with a yawn and a smirk, posting Monday a “news analysis” headlined “Why Trump is once again claiming that he was spied upon in 2016,” followed by a Tuesday “fact check” saying that the “Durham filing says much less than what Trump claims.”

The Daily Kos wondered what the fuss was all about with a Tuesday post headlined: “Donald Trump is calling for the death penalty as John Durham shockingly charges no one with anything.”

The article said the narrative involved “dense and obscure issues” that required so much mental energy, it raised the question of whether news outlets should even cover Mr. Durham’s claims.

To nobody’s surprise, that explanation was roundly mocked on the right by outlets such as Townhall.com, which called it “bunk.”

“The @nytimes’ excuse for not providing full coverage of the latest Durham bombshell: It’s [too] complicated for people to understand,” tweeted the conservative Media Research Center’s NewsBusters.

Elsewhere, the media blackout continued. The Los Angeles Times as of midday Tuesday had not moved a story on the Durham disclosures. Neither had The Associated Press, according to web searches.

Not since the Hunter Biden laptop story of 2020 has there emerged such a striking divide in reportage between the legacy liberal media and right-tilting outlets, where the Durham disclosure has helped lead the news cycle and spurred multiple follow-up stories.

The New York Post’s front page Tuesday showed a photo of an outsized Hillary Clinton looming over Trump Tower with the headline: “Hillary the Spy.”

Other right-leaning news sites covering the story from day one include Fox News, the Washington Examiner, Breitbart, Townhall.com, PJ Media, Legal Insurrection, Western Journal, Daily Caller, the Blaze, and RedState, as well as The Washington Times.

The scant news coverage on the left has become a story in itself. Fox News Research reported Tuesday that none of the other major broadcast and cable news networks have yet mentioned the story on-air in prime time, referring to ABC, CBS, NBC, CNN and MSNBC.

“So far the media’s reaction to it is shades of the Hunter Biden laptop story, which was a solid story they refused to cover in the middle of a campaign. They ended up with egg all over their faces for failing to do so,” Fox News senior political analyst Brit Hume said Monday on “Special Report.” “Now comes this story.”

Sen. Ron Johnson, Wisconsin Republican, called the lack of reportage “an outrage” and accused the mainstream media and tech platforms of being “the communication apparatus of the Democratic Party.”

“This is a major scandal,” Mr. Johnson said Tuesday on Fox News. “As Congressman [Devin] Nunes pointed out, the silence by most of the media is very revealing.”

Despite the lack of on-air reporting, most of the networks have now posted stories online. CNN broke its silence Tuesday with a website article that related the filing’s details while taking a swipe at conservatives in the second paragraph.

“The accusation — which Durham couched in vague, technical language in a court filing late Friday — has been seized upon by Trump and his supporters, who claim the former President was subjected to a smear campaign,” said the CNN report.

NBC News also ran a website story Monday noting that the filing never says whether the tech executive who allegedly “exploited” his access to White House servers read any emails, saying there was “no indication that data collection went beyond identifying where the internet traffic came from and where it went.”

Also weighing in Tuesday was MSNBC opinion columnist Hayes Brown, who dismissed the story as “the latest right-wing attack on [Hillary] Clinton.”

“As with so many of the conspiracy theories centered on Clinton, not much roots the right-wing hype to reality,” said the Brown column headlined. “Trump’s man at DOJ is feeding a new Clinton conspiracy.”

The decision to concentrate on the right’s reaction was evident elsewhere.

The New Yorker ignored the gist of Mr. Durham’s allegations and instead focused on conservatives’ gripe that the story wasn’t getting attention in the mainstream media.

“Durham dropped his filing on a Friday night, when reporters, like most people, are ending their workweek,” the outlet wrote. “More importantly, Durham has an established history of floating allegations that disintegrate upon inspection.”

Jonathan Turley, George Washington University Law School professor, had another explanation: the Durham disclosures “are difficult for many in the media to cover because they directly refute years of prior coverage.”

He was referring to the Trump-Russia collusion narrative that dominated the reporting by mainstream newspaper and TV news outlets throughout Mr. Trump’s presidency.

“While the media has largely buried or downplayed the alarming disclosures by Durham on the origins of the Russian conspiracy claims, Durham keeps adding new details implicating top Democratic figures in what he describes as an ongoing investigation,” said Mr. Turley on his blog. “You can only hold your breath so long and Durham shows no signs that he is done by a long shot.”