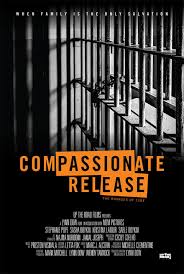 “Also known as compassionate release, it gives prisoners, often frail and severely disabled, the chance to spend their dying days with loved ones,” The Globe details. “But for relatives of their victims, their release can be devastating.” Convicted murderer John Stote was freed on medical parole in January, the paper relates. Stote, 61, was on a ventilator in a hospital battling the coronavirus when the decision was made.

“But two months later, Stote has recovered from COVID-19 and is receiving care at a rehabilitation center, according to his lawyer. If his progress continues, he may be released to live with his daughter,” The Globe reports. “It’s beyond insulting to victims,”

Maureen Regan Moriarty told the paper. Her father, John Regan, a Springfield restaurant owner, was stabbed to death by Stote in 1995 and his body dumped in the Connecticut River. “This is just an outrage to everybody, to every citizen and other victims’ families,” Moriarty said.