Looming Terror Attack? or Farcical Invasion of Penguins From Antarctica 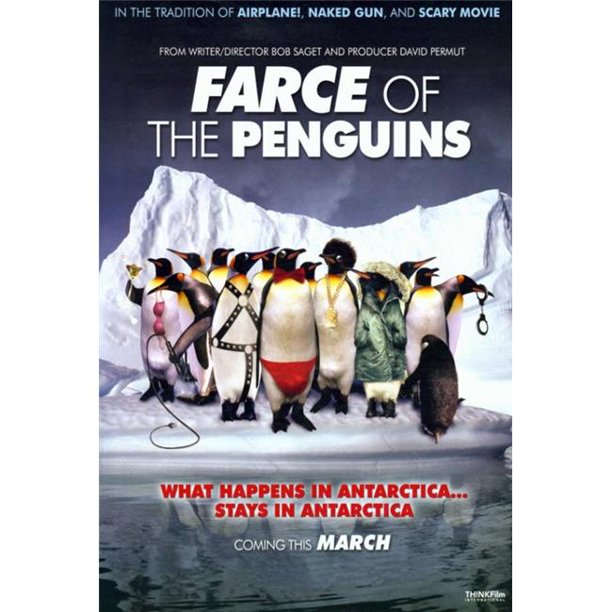 After the January 6th riot in the Capitol Building, Nancy Pelosi raised shrill protest, and blamed the event on the speech given by President Trump. Most people are NOT stupid and are quite sure that the so called “insurrection” had nothing to do with the speech and certainly not with President Trump. In fact there are troves of videos showing that it was actually Antifa guys that started the riot. Additionally there were few arrests, most of them Antifa, most of them already let go, and NO GUNS FOUND!! The only one who still remains incarcerated is actually a ANTIFA leader.

However, the Democrats, with the help of their supporters in the FBI, the Mayor of Washington DC, and pristine self-righteous main-stream media, created a narrative that the MAGA supporters planned this attack.

Not only was this a MAGA inspired plot they claim, but that the President who was totally in on it.

The subsequent outrage promoted by the Democrat party and supported by the FBI and the media, have significant portions of the American population believing this “Trumped” up lie.

They quickly rushed to surround the the Capitol with heavy fencing and barbed wire, and called out 15,000 National Guard, who are still standing there in the cold every day.

The Capitol looks like a city under siege. No one knows when it will return to normal.

The claims of a plot by former President Trump led to a new farcical impeachment trial which ended with an acquittal by the Senate (except for the 7 phony republicans who voted with the Democrats.)

A huge sham is being perpetrated on the public. But there is no one to investigate it because even the once trusted FBI is in the game playing for the Blue Team.

On Wednesday Grandma Nancy got up in the morning, milked a few Democrat Donkeys, who squirted out more fuel to add to the fire.

A report was released that there was some “chatter” picked up by intelligence sources, (I don’t know, do monkeys and donkeys chatter? Or perhaps it was the the same intelligence sources that brought us the Russia Dossier.) that there was a planned attack scheduled for March 4th. Why March 4th you ask? Well once upon a time, 150 years ago, March 4th was inauguration day. This date was chosen because, the intelligence said, of it’s symbolic meaning. They actually wove a story that Donald Trump was going to march into Washington and be crowned as President while the MAGA protesters were going to overthrow the Government. I kid you not. It’s all over the news.

Grandma Pelosi swung into heroic action. She dismissed ALL proceedings scheduled for Thursday and sent all Congressional Representatives and staff home, “for their safety.”

Crickets!!! No one Showed because the whole story was another Pelosi dream. Just 4 guys in MAGA hats.

For what reason you might ask? Because in order to destroy support for Trump, the MAGA movement, and all of the good things that were done over the last four years, the Dems have to create a narrative that Trump supporters are domestic terrorists who must be feared and destroyed. And so the continued siege around the Capitol continues.

WAKE UP AMERICA!!!! We are under siege by the Democrats. Their sole intention here is to diminish the civil rights that was enjoyed by American citizens for nearly 250 years.

We are truly in dangerous territory.

10 thoughts on “Looming Terror Attack? or Farcical Invasion of Penguins From Antarctica”