Does Alaska Poll Show Murkowski Can Kiss the Senate Goodbye? 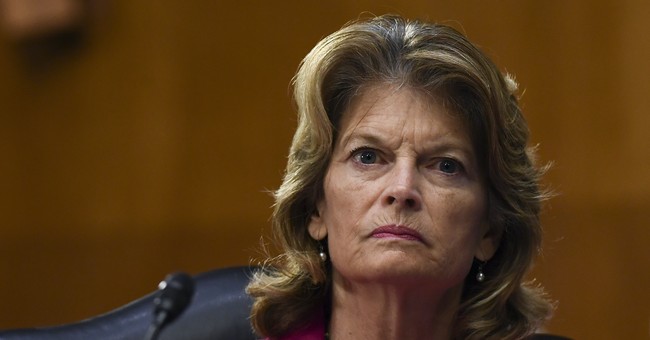 A recent survey of Alaska voters shows Sen. Lisa Murkowski’s political future is in peril in the 2022 primary.

According to a Cygnal poll released at the end of March, Murkowski only has 33 percent favorability among voters, which craters to just 10 percent among Republicans. As Reagan reported, the senator is facing a primary challenge from Kelly Tshibaka, who stepped down last month as commissioner for the Alaska Department of Administration.

Tshibaka leads in a hypothetical primary ballot, with the support of 61 percent of Republicans. “Lisa Murkowski is in as weak of a position as an incumbent could possibly find themselves,” Cygnal notes. “A strong Republican candidate is poised to defeat Murkowski. Kelly Tshibaka is that candidate.”

Tshibaka scored well among Alaska voters when they were asked about her background “improving efficiencies in government and saving taxpayer dollars,” as well her ties to the state. Meanwhile, voters roundly rejected Murkowski’s two decades in the upper chamber, votes on immigration issues, vote to convict former President Trump in his second impeachment trial, and her stance toward Justice Kavanaugh’s nomination to the Supreme Court.

On March 29, Tshibaka announced in a video her decision to run against Murkowski.

“We know what Washington D.C. thinks about Alaska: We’re here for their benefit, and we won’t put up much of a fight. After nearly 20 years in D.C., Lisa Murkowski thinks the same way,” Tshibaka said.

“I’m running for the Alaskans who believe government is of the people, by the people, and for the people,” Tshibaka continued. “The D.C. insiders need to be held accountable to us.

“It’s time Alaska has a Senator who will stand up to these insiders and represent OUR values and stand up for Alaska once and for all!” Tshibaka tweeted recently, accusing Murkowski of caving to the radical left.