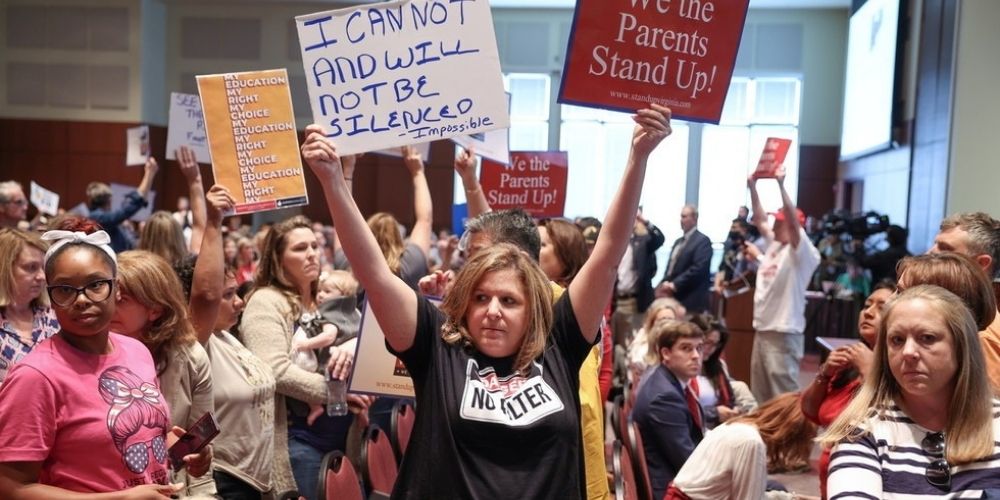 On Wednesday the same judge, William P. Mahon in the Chester County Court of Common Pleas, ordered the parties to meet Friday for an argument.

It is all in response to a February petition filed by West Chester Area School District parent Beth Ann Rosica. In the petition, Rosica calls for the removal of five school board members, Sue Tiernan, Joyce Chester, Karen Herman, Kate Shaw, and Daryl Durnell.

Students returning to in-person classes after two years of remote learning in response to the COVID-19 pandemic were required to wear masks over their mouth and nose. When Pennsylvania ended mandatory school masking, the West Chester Area School District was among a handful of schools that kept masking in place.

“When that was lifted, all of us parents started emailing, calling, showing up at school board meetings, asking our school board to amend their health and safety plan and allow for optional masking,” Rosica told The Epoch Times.

“They didn’t lift it for the West Chester School District, so we began to work on a petition to remove school board members because we believed that their actions were illegal and unconstitutional.”

Eventually, the district did lift the mask mandate, but the petition request remained relevant because, in August, the board passed a new health and safety plan which allows the board to impose future mandatory masking at various levels of COVID-19 transmission.

“For high levels of transmission, our current approved health and safety plan still requires masking, and we believe that that is illegal. We want this answered because we don’t want them to impose it come next fall, or any point in time when cases start growing up again,” Rosica said.

The petition was based on a seldom-used Pennsylvania education statute that allows for the removal of school directors for “failure to organize or neglect of duty.”

The statute says any ten resident taxpayers in the district may present a petition to the court to have them removed. But that argument was not addressed in Tuesday’s decision.

The court favored for Rosica, citing West Chester Area School District’s failure to respond. It also ordered Rosica and the four remaining board members to each submit a list of five proposed replacements for the board, to be appointed by the court to fill out the exiting board members’ terms.

Attorney Kenneth Roos of the Wisler Pearlstine law firm in Blue Bell, Pennsylvania, represents the school board. He told The Epoch Times in a phone call that he filed a motion for reconsideration of Tuesday’s decision, late Tuesday night. He had no other comment on behalf of the school board.

The motion disputes the time frame that the school had to respond, arguing it should have had until April 4 to answer. The judge agreed and it will be argued Friday.

Rosica is more than a mother of two students in the district. She is executive director of Back to School PA, a political action committee that advocated for reopening schools closed by COVID-19 mitigation measures. It aims to get pro-parent and pro-student candidates elected to school boards.