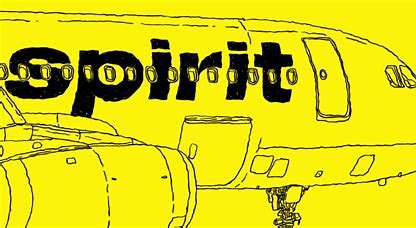 We are Watching Spirit Airlines Now!! We will ask JEWISH PATRONS to Boycott Anti-Semitic Companies. ENOUGH IS ENOUGH!!!!

To The Eisenberg Family: FIND A LAWYER THAT WILL TRULY REPRESENT YOUR RIGHTS!!!! SUE THEIR ‘WINGS’ OFF

TOMS RIVER, NJ — A Toms River family is seeking an apology from Spirit Airlines after they say flight attendants were rude and tried to have them kicked off a flight because their special needs son and their 2-year-old would not wear masks.

The airline disputes the family’s claim, saying the adults were asked “multiple times to comply.

“We understand this is a difficult situation for everyone involved,” a Spirit Airlines spokesman said in an email to Patch late Tuesday. “Our Team Members were following the federal mask requirement and asked the adults in the party multiple times to comply with that requirement, which happened prior to videos that have been widely shared.”

“We were pleased that they eventually complied and traveled on the flight as planned,” the spokesman said. “We also understand that we are looking at this through different lenses, which is why we would like to open up a direct dialogue with the family.”

“We’re looking for ‘I’m sorry,’ ” said Michael Inzelbuch, the family’s attorney. “We want a commitment that this will not happen (again) to any family, to any special needs family.”

Ari and Avital Eisenberg were flying from Orlando to Atlantic City on Monday with their children when the dispute arose, they said in a news conference Tuesday evening.

Avital Eisenberg, who is seven months pregnant, said she was boarding with Daniel, 7, and Esther, 2, when she was stopped by a flight attendant, who demanded the children wear masks. Daniel is nonverbal and has significant impairments, Inzelbuch said.

Avital Eisenberg said she explained Daniel has developmental and sensory issues, and cannot wear a mask, but the male flight attendant insisted she take masks and try to make the children wear them.

As the family sat on the plane waiting for takeoff, she said, a different flight attendant came by and told the couple Daniel’s phone was too loud. Daniel cannot wear headphones because of his sensory issues, she said. The phone keeps him occupied and calm.

“My child is extremely sensory and suffers from seizures,” Avital Eisenberg said. “The headphones distract him.”

Ari Eisenberg tried to turn down the volume, but Daniel turned it right back up, she said.

The issue escalated further, the Eisenbergs said, when a flight attendant saw Esther without a mask and insisted the little girl put it back on.

Video that has widely circulated shows Esther, who turned 2 in March, sitting on her mother’s lap, eating what the family says was yogurt. As Ari Eisenberg asks for an explanation, he can be seen pulling his mask down, but Avital Eisenberg’s mask remains in place covering her nose and mouth. As they argue, the flight attendant insists they leave the plane. Another video shows them being met by law enforcement.

“The safety of our Guests and Team Members is our top priority,” the Spirit spokesman. Please visit our Information Center for more information about our face covering policy.

Spirit Airlines requires all passengers age 2 or older to wear a mask. Those with a medical condition that precludes wearing a mask must contact the airline ahead of time and provide a doctor’s note supporting that claim.

“All I wanted to do was protect my kid,” Avital Eisenberg said, criticizing the male flight attendant in particular for a “lack of compassion and humanity toward me” and for discriminating against special needs children.

“The whole flight was a disaster,” she said, in part because the devices she had prepared to keep Daniel occupied ran out of battery life.

“No on should ever, ever be treated like that,” she said.

Inzelbuch said the family was giving the airline until midnight Tuesday to apologize, and said the possibility of filing a lawsuit was not off the table.