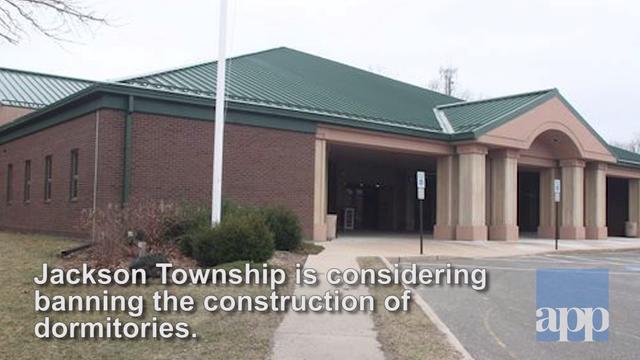 Lees Village LLC is seeking planning board approval to construct two two-story elementary schools and a two-story high school on a 13-acre Leesville Road parcel, near the intersection with West Veterans Highway, not far from the municipal building.

The two elementary schools would each serve about 600 students across 20 classrooms, according to plans submitted to the township. The high school would cater to 255 students in 20 classrooms.

The projects would mark new ground for Jackson. In recent years, essential amenities for a growing Orthodox Jewish population have cropped across Jackson, with the town signing off on new kosher grocery stores and plans for synagogues.

But new schools have been unavailing, thanks to a town ban on new schools and dormitories.  In May, a federal judge issued an injunction in one of the many discrimination lawsuits filed against Jackson setting aside the school and dorm ban.

Lees Village LLC is the first proposal to come in wake of the injunction, aimed at addressing the need of Jackson’s Orthodox Jewish community and account for future growth.

The new plans aim to address that need and account for future growth. Community leaders estimate there are nearly 2,000 Orthodox Jewish families in the town, compared to an estimated 500 in 2017.

And according to school district records, 2,614 Jackson children attend Jewish private schools outside the town, 91% of all township students not attending public schools.

In 2017, the district only transported 690 students to non-public schools.

Avi Schnall, state director for the Orthodox Jewish advocacy group Agudath Israel, said approval would mark a turning point for Jackson, which has been the target of lawsuits alleging it uses zoning laws to discourage Orthodox Jews from locating in Jackson.

While the Lees Village plans are the first Orthodox Jewish schools to wind up on a Jackson agenda, they aren’t expected to be the last.

Schnall said the Lakewood Cheder School—which serves over 4,000 students in Lakewood—had recently purchased a 30-acre property in Jackson with the plans of opening another school in Jackson.

“These are not tiny little schools plopped down in the middle of a cul de sac. They’re big, big lots,” Schnall said. “You’re not going to see them on a dead end street. You need schools where the buses can get in and out. You can see from these applications that they’re trying to do it right, with the community’s concerns in mind.”

Mordechai Eichorn, the developer behind Lees Village, could not be reached for comment. Eichorn is also the Lakewood-based developer of Jackson Trails, a 459-unit housing development denied by the planning board in February 2020.

Eichorn sued the township after the denial, claiming the board caved to “significant anti-Semitic hostility.”  The two sides are engaging in settlement talks, according to court records.

Jackson Mayor Michael Reina and business administrator Terence Wall, who also serves on the planning baord, did not return requests for comment.

The Lees Village project is already receiving pushback from members of Citizens United to Protect Our Neighborhoods, who in a Facebook post said the project will result in “countless busses (sic) flooding our roadways from Jackson and other neighborhing (sic) towns.

“The construction of such a large facility is detrimental to neighboring residential wells and the natural environment,” the group said.

The grassroots group aims to “control inappropriate development” but has been criticized as unfairly targeting proposals catering toward Orthodox Jewish communities in North Jersey and Westchester County, New York.

In Jackson, the group has criticized numerous projects, including warehouses, and called for an ordinance requiring developers to only use clean soil.

Longtime Jackson residents have pulled up the welcome mat before. Hundreds packed Jackson Memorial High School in 2014 and cheered when a needed zoning was denied for an all-girls Jewish high school, Oros Bais Yaakov.

In March 2017, the Jackson council approved an ordinance banning the construction of schools or dormitories across the entire town.

Members of the town’s Orthodox Jewish community cried foul, alleging they were being targeted since their community was the only group looking to build schools and dormitories.

The lawsuit also detailed a series of Friday night stake outs, in which township code enforcement workers were ordered to stake out private homes where Orthodox Jews were celebrating the Sabbath to ensure that township code wasn’t being broken.

Even the town’s then-administrator chastised the program as “chasing ghosts.”

The series of ordinances, as well as one that banned the construction of eruv wires, also made up the bulk of a lawsuit the Department of Justice filed against Jackson last year alleging religious discrimination.

The town is in settlement negotiations with the DOJ, according to court records.  Agudath Israel is waiting for a result in that case before proceeding with its own, Schnall said.