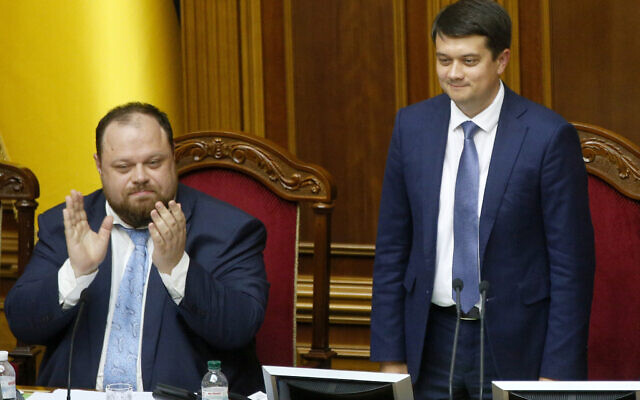 The speaker of Israel’s parliament declined to convene a special session for a video address from Ukrainian President Volodymyr Zelensky, instead suggesting a Zoom call, three Israeli officials tell Axios. The Ukrainians were not interested in that counter-offer, one official said.

Why it matters: Zelensky is trying to rally global support for Ukraine, and is also one of the few Jewish world leaders outside of Israel. He previously addressed the U.K. and EU parliaments, receiving standing ovations from both.

Behind the scenes: The Ukrainian ambassador to Israel presented a formal request to Knesset speaker Mickey Levy on Wednesday morning, which happened to be the last day of the current legislative session.

Between the lines: Zelensky’s speech to the British parliament — in which he invoked Winston Churchill and quoted Shakespeare — was shared widely in the U.K. and around the world.

The latest: After this story broke, Levy released a statement saying he couldn’t convene a special session because the plenary hall is being renovated next week.

Worth noting: Zelensky did hold a Zoom conference with members of both houses of the U.S. Congress, rather than addressing a joint session.