Israel Says it Struck Targets in Syria after Missile Attack 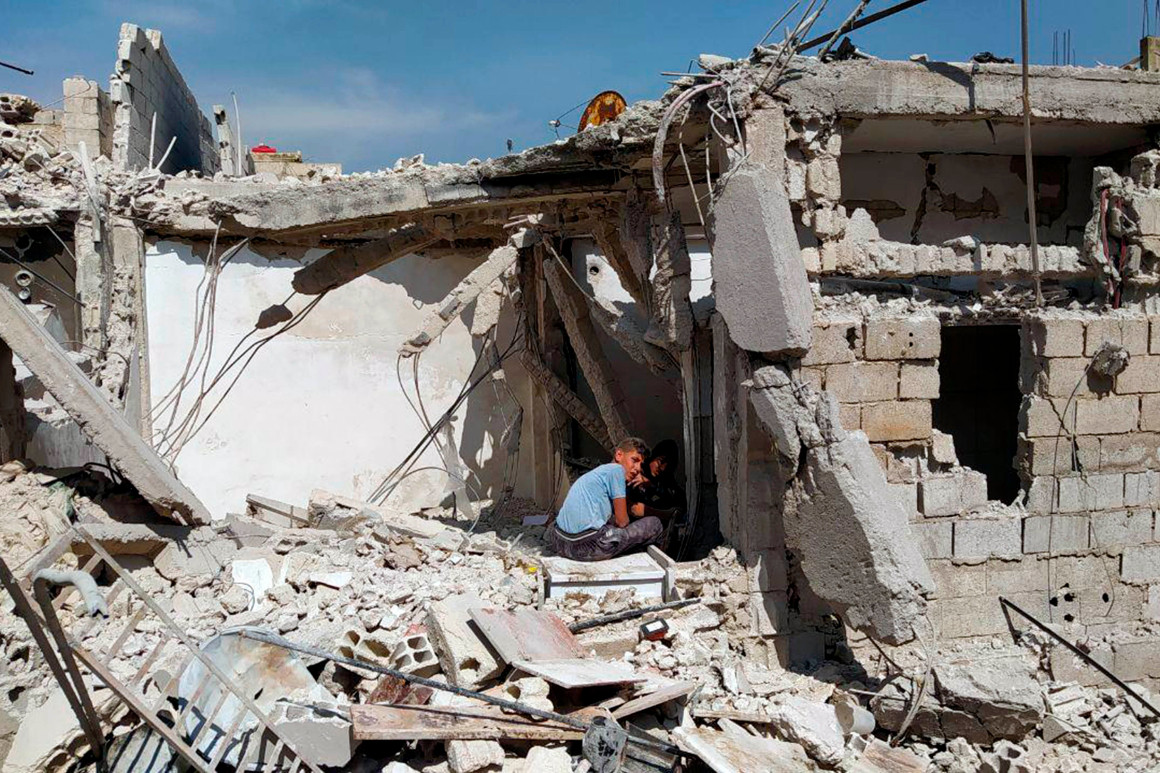 Iran, which maintains troops in Syria, had vowed revenge against Israel.

JERUSALEM — A missile launched from Syria was fired into southern Israel early Thursday, setting off air raid sirens near the country’s top-secret nuclear reactor, the Israeli military said. In response, it said it attacked the missile launcher and air-defense systems in neighboring Syria.

The incident, marking the most serious violence between Israel and Syria in years, pointed to likely Iranian involvement. Iran, which maintains troops and proxies in Syria, has accused Israel of a series of attacks on its nuclear facilities, including sabotage at its Natanz nuclear facility on April 11, and vowed revenge. It also threatened to complicate U.S.-led attempts to revive the international nuclear deal with Iran.

The Israeli army said it had deployed a missile-defense system but could not confirm if the incoming missile was intercepted, though it said there had been no damage. The air raid sirens were sounded in Abu Krinat, a village just a few kilometers (miles) from Dimona, the Negev desert town where Israel’s nuclear reactor is located. Explosions heard across Israel might have been the air-defense systems.

The Israeli military initially described the weapon fired as a surface-to-air missile, which is usually used for air defense against warplanes or other missiles. That could suggest the Syrian missile had targeted Israeli warplanes but missed and flown off errantly. However, Dimona is some 185 miles south of Damascus, a long range for an errantly fired surface-to-air missile.

Syria’s state-run SANA news agency said four soldiers had been wounded in an Israeli strike near Damascus, which also caused some damage. The agency did not elaborate other than to claim its air defense intercepted “most of the enemy missiles,” which it said were fired from the Israeli-annexed Golan Heights.

There was no immediate claim of responsibility for the missile strike or comment from Iran. But on Saturday, Iran’s hard-line Kayhan newspaper published an opinion piece by Iranian analyst Sadollah Zarei suggesting Israel’s Dimona facility be targeted after the attack on Natanz. Zarei cited the idea of “an eye for an eye” in his remarks.

Action should be taken “against the nuclear facility in Dimona,” he wrote. “This is because no other action is at the same level as the Natanz incident.”

The Dimona reactor is widely believed to be the centerpiece of an undeclared nuclear weapons program. Israel neither confirms nor denies having a nuclear arsenal.

While Kayhan is a small circulation newspaper, its editor-in-chief, Hossein Shariatmadari, was appointed by Supreme Leader Ayatollah Ali Khamenei and has been described as an adviser to him in the past.

Zarei has demanded retaliatory strikes on Israel in the past. In November, he suggested Iran strike the Israeli port city of Haifa over Israel’s suspected involvement in the killing of a scientist who founded Iran’s military nuclear program decades earlier. However, Iran did not retaliate then.

Israel and Iran are arch-enemies. Israel accuses Iran of trying to develop nuclear weapons and has opposed U.S.-led efforts to revive the international nuclear deal with Iran. With Israel’s encouragement, then-President Donald Trump withdrew from the deal in 2018.

Iran recently began enriching a small amount of uranium up to 60% purity, the highest level ever for its program that edges even closer to weapons-grade levels. However, Iran insists its program is for peaceful purposes. It also has called for more international scrutiny of the Dimona facility.

All the incidents come as Iran negotiates in Vienna with world powers over the U.S. potentially re-entering its tattered nuclear deal with world powers. Negotiators there have described the talks as constructive so far, though they acknowledge the Natanz sabotage could strain the talks.

Israel’s government says the deal will not prevent Iran from developing a nuclear weapons capability. It also says it does not address Iran’s long-range missile program and its support for hostile proxies in Lebanon, Syria and Gaza.